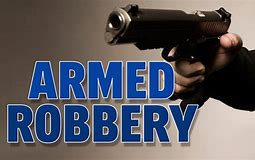 On March 21, 2019 at approximately 11:30 AM, Tillamook County Sheriff’s Office and Oregon State Police (Tillamook) responded to an armed robbery at the US Bank in Cloverdale.

We will not be releasing the names of the officers or the suspects at this time. Tillamook County Sheriff’s is the lead investigating agency and Oregon State Police will be releasing any additional news updates. Tillamook Police Department and FBI-Salem are also assisting in the case.