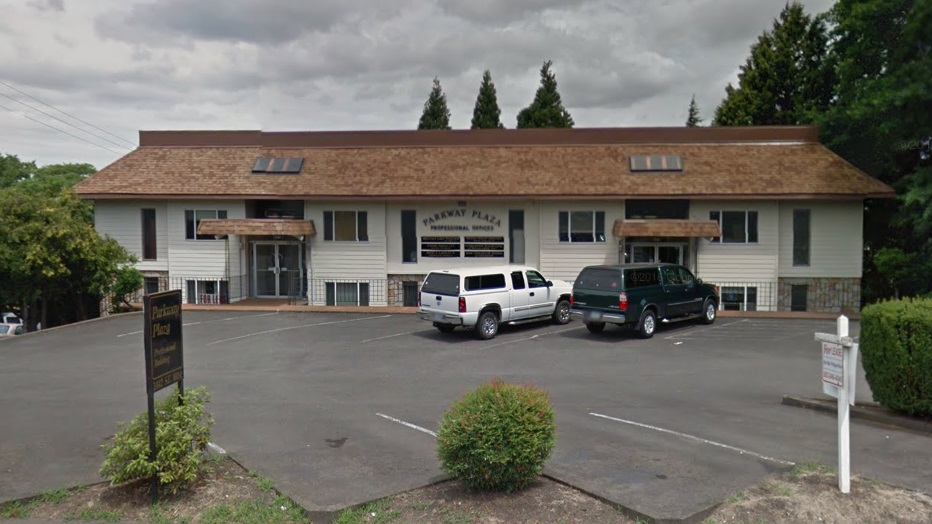 “Our nation is drowning in substance abuse. We must wake up to this reality and stop pushing the reckless use of controlled substances. DeMille treated her nursing credentials like a license to deal opioids—a drug dealer masquerading as a medical professional. It’s hard to comprehend that in the midst of the deadliest drug crisis in history, DeMille risked the lives of hundreds to turn a profit,” said Billy J. Williams, U.S. Attorney for the District of Oregon.

“Opioid abuse is devastating our communities and we must respond aggressively to stem the flow because every person lost in this crisis is one too many,” said DEA Special Agent in Charge Keith Weis.

“This case is an excellent example of how the financial expertise of IRS-Criminal Investigation employees contributes to the federal law enforcement fabric,” said IRS-Criminal Investigation Special Agent in Charge Justin Campbell. “IRS-Criminal Investigation is committed to serving the U.S. taxpayers and working with our partners to make our communities safer. DeMille has been held accountable for her actions and we will continue to investigate and seek prosecution of individuals who do not report their taxable income, regardless of whether the income is legal or illegal.”

According to court documents, in January 2015, DeMille opened the Fusion Wellness Clinic on Southeast 122nd Avenue in Portland across the street from the Multnomah County Parole and Probation Office. From the clinic’s opening until July 2016, DeMille illegally wrote thousands of prescriptions for opioids including oxycodone and hydrocodone.

As early as 2013, DeMille began planning a move from Houston, Texas to Portland. She was attracted to Oregon where licensed nurse practitioners can write prescriptions without the oversight and approval of a physician. She moved in 2014 and was hired by a publicly funded, county health clinic. From the beginning, DeMille planned to subsidize her county income by operating an illegal opioid pill mill. By the end of 2014, DeMille had registered the “Fusion Wellness” business name and begun searching for clinic locations.

After DeMille’s first clinic opened in January 2015, word spread quickly that the small, cash-only operation was a reliable source for cheap and easy opioid prescriptions. On Friday and Saturday mornings, customers would spill into parking areas outside the clinic and wait in cars for their turn in the cramped office. The clinic quickly outgrew its original location and, in April 2015, was moved to a new location on Northeast 101st Avenue in Portland.

Before long, DeMille’s prescribing habits began attracting the attention of law enforcement and the Oregon State Board of Nursing. Shortly after the clinic opened, three of DeMille’s patients attempted to fill identical prescriptions for 30mg doses of oxycodone together at a local pharmacy. The pharmacist turned the patients away and contacted police. A Gresham police officer later contacted DeMille by phone to discuss the prescriptions and forwarded a copy of the general offense report to the state nursing board. The nursing board opened an investigation into DeMille’s prescribing practices just three weeks after the clinic opened.

In early 2015, the clinic’s patient files included very few records. Knowing her lax prescribing practices and record keeping would not pass investigative scrutiny, DeMille began forging patient signatures on newly created forms. In March 2015, DeMille met with nursing board investigators to discuss the complaint and her prescribing practices. During the course of the interview, she repeatedly lied about the nature of her practice, insisting that the clinic’s patients were treated for simple chronic diseases and a variety of other wellness issues. Ultimately, the nursing board issued a letter of concern to DeMille, but did not pursue disciplinary action.

DeMille quickly altered her practices in response to the nursing board’s investigation in an attempt to avoid further detection. Throughout the remainder of 2015, DeMille continued her work at the county health clinic while operating the clinic just two days a week. In a typical day at the clinic, DeMille saw up to 20 patients, charging each $200 in cash. In 2015, the clinic generated at least $388,000 in revenue, none of which was reported on DeMille’s income tax return. In July 2016, while conducting a federal search warrant, DEA agents found more than $51,000 in cash stored in DeMille’s bedroom.

In 2015 alone, according to data from the Oregon Prescription Drug Monitoring Program, DeMille wrote more than 1,940 prescriptions for controlled substances. Together, these prescriptions resulted in the distribution of more than 219,000 pills, 96.7% of which were opioids.

DeMille pleaded guilty on December 12, 2018 to two counts of illegally distributing a controlled substance and to one count of filing a false tax return and lying to federal agents.
DeMille’s co-conspirator and former Fusion Wellness Clinic manager, Osasuyi “Ken” Idumwonyi, pleaded guilty on February 28, 2017, to conspiring to distribute or dispense and possessing with intent to distribute or dispense the Schedule II controlled substances oxycodone and hydrocodone. He will be sentenced on June 3, 2019.

This case was investigated by the Drug Enforcement Administration, Internal Revenue Service, U.S. Marshals Service and Portland Police Bureau. It was prosecuted by Thomas S. Ratcliffe and Donna Brecker Maddux, Assistant U.S. Attorneys for the District of Oregon.

Drug abuse affects communities across the nation, and opioid abuse continues to be particularly devastating. The CDC reports that from 1999 to 2016, more than 630,000 people have died from a drug overdoses. In 2016, 66% of drug overdose deaths involved an opioid. Drug overdose is now the leading cause of injury or death in the United States. In Oregon, the total number of deaths related to drug use increased 11 percent between from 2013 to 2017, with 546 known drug related deaths in 2017.

If you or someone you know suffers from addiction, please call the Lines for Life substance abuse helpline at 1-800-923-4357 or visit www.linesforlife.org. Phone support is available 24 hours a day, seven days a week. You can also text “RecoveryNow” to 839863 between 8am and 11pm Pacific Time daily.
# # #