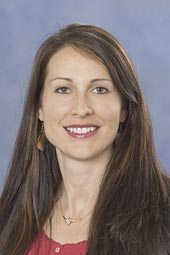 Ms. Steward is a 23-year ODOC veteran, beginning her career in 1996. Most recently, she served as the Assistant Director of Correctional Services. Steward brings broad, cross-functional experience to the role; before her appointment to Assistant Director, she was the Superintendent of Coffee Creek Correctional Facility, Oregon’s only women’s prison and intake center for men and women. She has also served as Administrator of the Government Efficiencies and Communications Office, Assistant Superintendent of Correctional Rehabilitation, and prior spent many years in the treatment and re-entry arenas of ODOC.

“Ms. Steward has been instrumental in the ongoing positive changes occurring within ODOC for both our team and adults in custody,” stated Director Peters, “I am extremely pleased to have her at my side.”

ODOC employs 4,700 staff members at 14 institutions, two community corrections offices, and several centralized support facilities throughout the state. The agency is responsible for the care and custody of over 14,900 adults sentenced to more than 12 months of incarceration, and direct or indirect supervision of 31,000 offenders on felony supervision in the community. ODOC is recognized nationally among correctional agencies for providing adults in custody with the cognitive, education, and job skills needed to become good neighbors when they transition back to our communities.