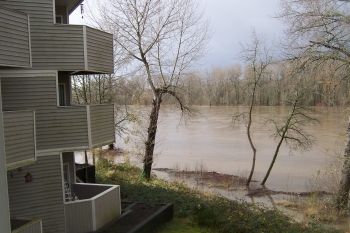 The Willamette River’s water level in Salem is expected to rise due to continued rainfall and snowmelt. Current forecasts show the Willamette River cresting in Salem at just below flood stage by Wednesday, April 10. As a precautionary measure, on Monday April 8, the boat dock at Wallace Marine Park will be removed and the following parks will close:

With continued rainfall, it is anticipated that Homestead Road South and Brown Island Road will also close. Street closure signs will be in place. Additional information on Salem road conditions and closures due to high water can be found on the City’s website on the bit.ly/cos-road-conditions.

Please use extra caution while driving in areas near high water, and avoid areas marked as temporarily closed due to the high water. Water levels can change rapidly and can be deeper than they appear. Report high water concerns to the 24-hour Public Works Dispatch Center at 503-588-6311.