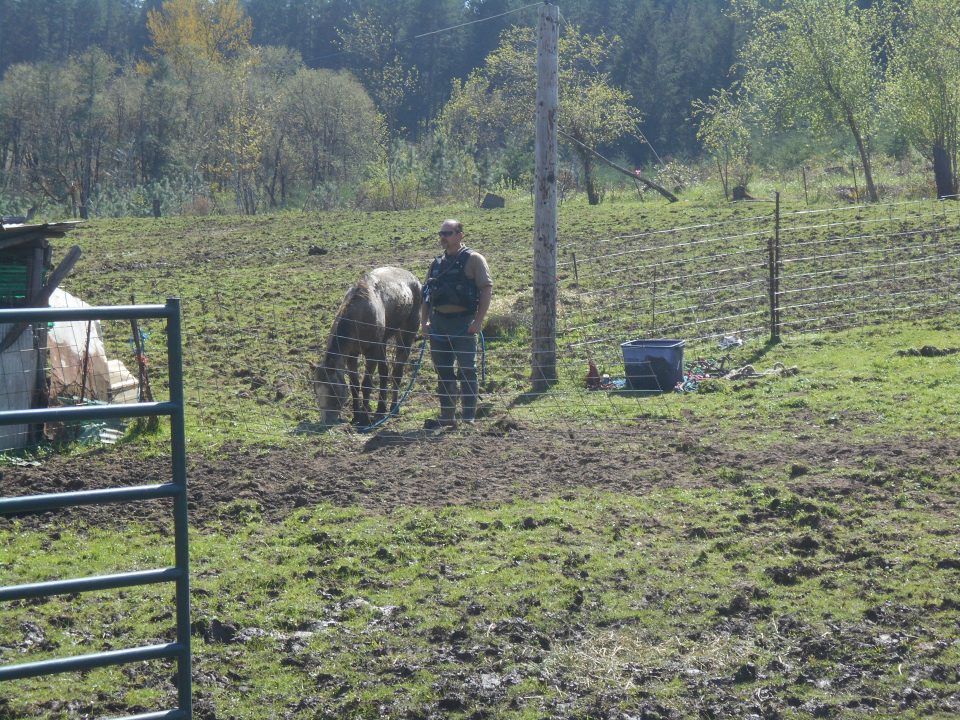 Linn County Sheriff Jim Yon reports on Wednesday, April 24, at 07:34 a.m., his deputies served a search warrant and seized 34 horses from Carol Davidson, 69, and Edward Davidson, 66, both residents on Berlin Road outside of Lebanon

Linn County Sheriff’s Office Animal Control has been working with the Davidsons’ since December 2018, after receiving complaints of the horses standing in muddy conditions.

In January 2019, Deputy Corey Putney drove by the address and noticed numerous horses still standing in muddy conditions, as well as a dead horse that was not properly disposed of. Deputy Putney cited Carol Davidson for Placing an Offensive Substance near Waterway/Highway/Property as well as, Fail to License Dogs. Deputy Putney also noticed that the horses were starting to show signs of poor health including unhealthy weight loss since he last saw them the month prior.

Over the next couple of months, the Linn County Sheriff’s Office received several calls about the horses’ conditions. During this time, Deputy Putney was already working with Carol Davidson about improving the conditions the horses were kept in. Davidson was cooperative and made some changes to address the conditions, although these changes were minimal and not sustained. Deputy Putney checked on the horses periodically and in April 2019, received an additional report of dead horse carcasses on the property. While checking on the horse carcasses, Deputy Putney found the health of the remaining horses’ was deteriorating further and took action to seize the horses.

Deputies executing the search warrant found some of the horses standing in septic mud and water, full of urine and feces. The horses were skinny and their ribs and hip bones were showing. They did not have access to clean drinking water and there were no signs of an adequate food source.

Sheep and several dogs on the property looked to be in adequate health and were not seized. The sheep were kept in a separate area from the horses.

Deputies were assisted by Sound Equine Options from Gresham. Sound Equine Options spent all day assisting deputies and transported the horses back to their facility to be evaluated and receive veterinary care before being fostered out to other locations. Sound Equine Solutions received a grant from Animal Legal Defense to fund the initial care costs; however, the cost of veterinary care and feed will be extensive and more funding will be needed. Anyone interested in making a donation is encouraged to visit www.soundequineoptions.org.