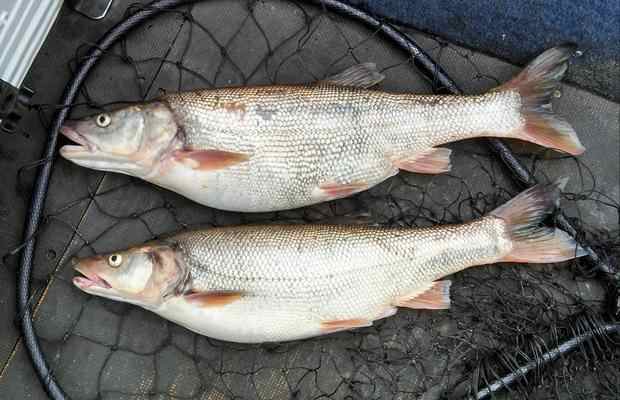 Portland, Ore. – Help save salmon and steelhead and make money, too.

Wednesday, May 1, marks the opening of this year’s Northern Pikeminnow Sport Reward Fishery in the Columbia and Snake rivers.

The program pays registered anglers $5 to $8 for each pikeminnow that is at least nine inches long. The more fish an angler catches, the more each pikeminnow is worth. And some fish have an even bigger payout. State fish and wildlife biologists have released up to 1,000 specially tagged northern pikeminnow into the Columbia and Snake rivers, each worth $500. Last year the top fisherman in the program earned more than $71,000 in just five months of fishing.

The 2019 Pikeminnow Sport Reward Fishery begins Wednesday and is scheduled to run through Sept. 30.

Northern pikeminnow experts say The Dalles is one of the best places to fish early in the season. Last season that station registered 22,464 pikeminnow, one of the highest registration rates among the 19 stations on the rivers.

The fishery website, www.pikeminnow.org, has details on how to register for the program and applicable state fishing regulations. Anglers will also find resources on the site to help boost their fishing game, including maps, how-to videos and free fishing clinics.

The program is funded by the Bonneville Power Administration and administered by the Pacific States Marine Fisheries Commission in cooperation with the Washington and Oregon departments of fish and wildlife.

For more information about the 2019 Pikeminnow Sport Reward Fishery visit www.pikeminnow.org, or call 800-858-9015.
About BPA

The Bonneville Power Administration, headquartered in Portland, Ore., is a nonprofit federal power marketer that sells wholesale electricity from 31 federal dams and one nuclear plant to 142 Northwest electric utilities, serving millions of consumers and businesses in Washington, Oregon, Idaho, western Montana and parts of California, Nevada, Utah and Wyoming. BPA delivers power via more than 15,000 circuit miles of lines and 261 substations to 475 transmission customers. In all, BPA markets about a third of the electricity consumed in the Northwest and operates three-quarters of the region’s high-voltage transmission grid. BPA also funds one of the largest fish and wildlife programs in the world, and, with its partners, pursues cost-effective energy savings and operational solutions that help maintain affordable, reliable and carbon-free electric power for the Northwest. www.bpa.gov