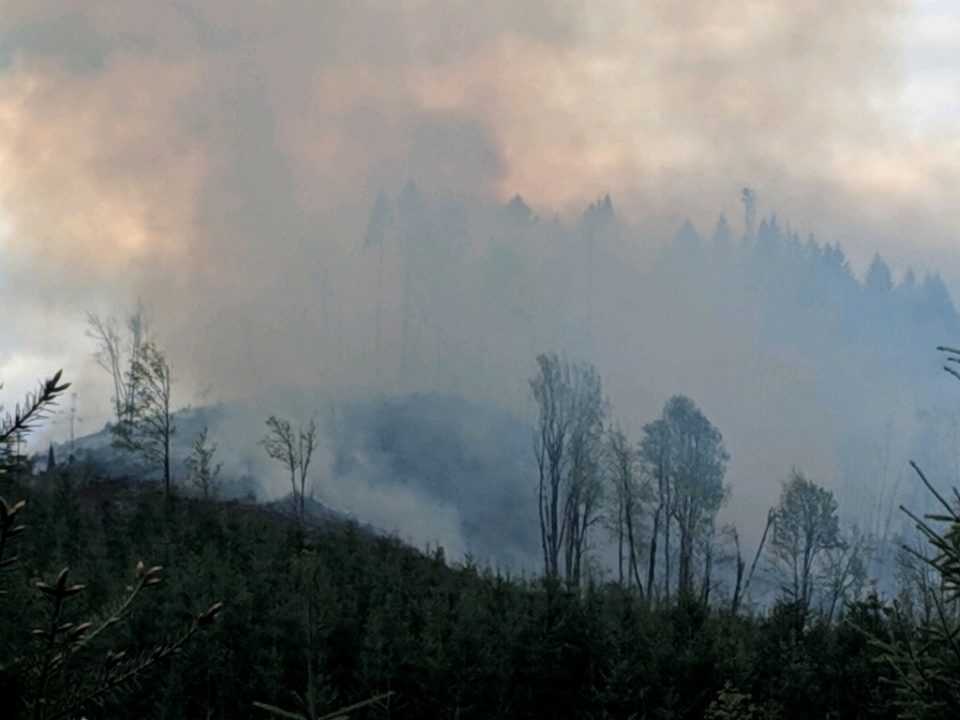 Fifteen Crews from McMinnville, Amity, Carlton, Yamhill and ODF responded to the a wild land fire in Rural McMinnville at 1:32 pm yesterday in a two alarm response.   Additional crews from Dundee, Dayton and Amity moved up to cover first responding units.  Yamhill County Dispatch received report of a wild land fire in the vicinity of 6040 NW High Heaven Road.  Initial reports were a slash burn that had spread out of control and had spread to 10 acres at 1:45 pm.

Primary responding crews have been released at 6:pm with the exception of ODF and McMinnville.  Estimates at this time 6:35 pm are 20-25 acres burned.  ODF is working with the property owner to transition of the standby responsibilities to the owner.

There were no injuries to report.