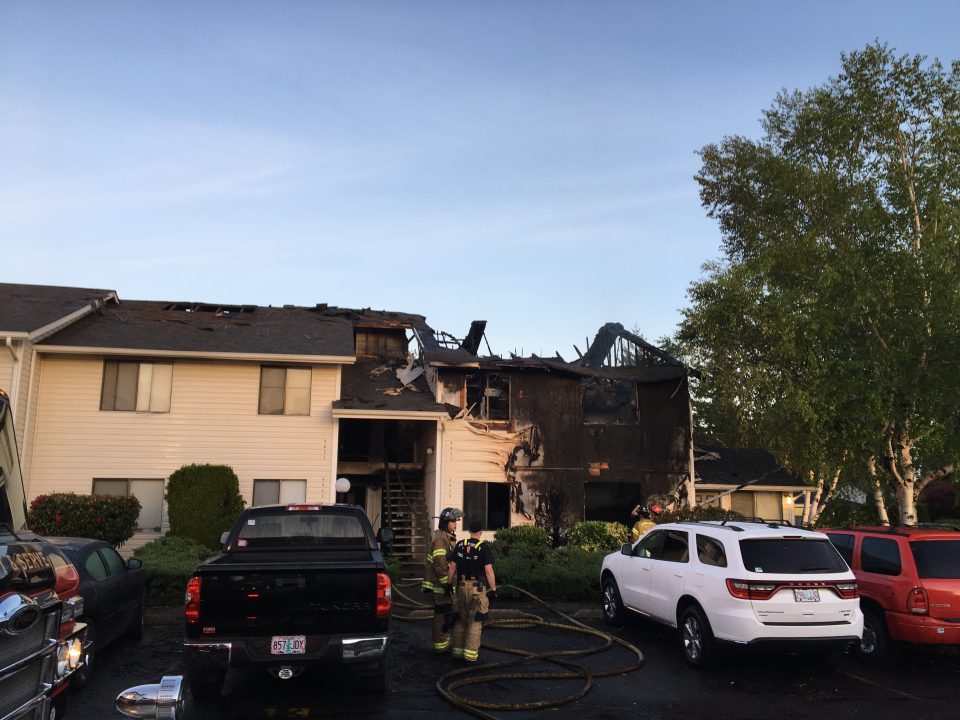 Marion County Sheriff’s Department says a 58-year-old female was transported to Salem Hospital in critical condition after she was rescued from a burning apartment early this morning.

When deputies arrived at three-45 a.m. they found the first and second floor of an apartment in the 4000 block of Satter Drive NE, in Salem fully engulfed with one person reported to be inside.

Fire crews rescued the woman from the first floor of the apartment building.

In total, eight units in the apartment complex were impacted due to the fire.

The cause of the fire is currently unknown and is being investigated by the Salem Fire Department.