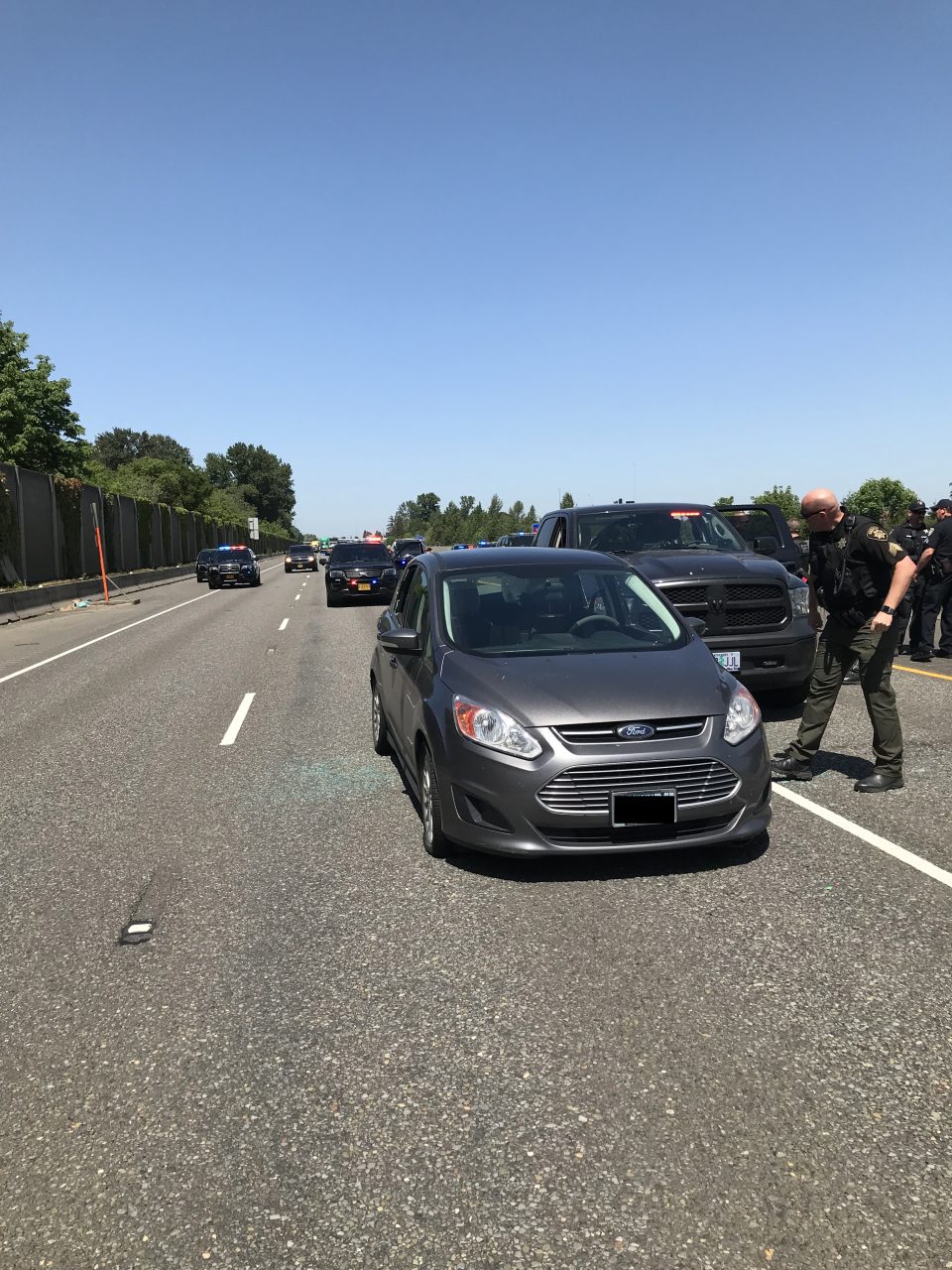 They attempted to initiate a traffic stop on a 2014 Ford for exceeding the speed limit. The driver failed to yield to the emergency vehicle and attempted to flee, continuing southbound. As the drive drove through the Salem area, deputies were able to disable the vehicle using spike strips. The vehicle came to a full stop in the center lane of I-5 southbound near Highway 22.

The driver, Renaldo Williams, barricaded himself in the vehicle for nearly 20 minutes before being taken into custody. He was arrested and charged with multiple offenses and lodged in the Marion County Jail.