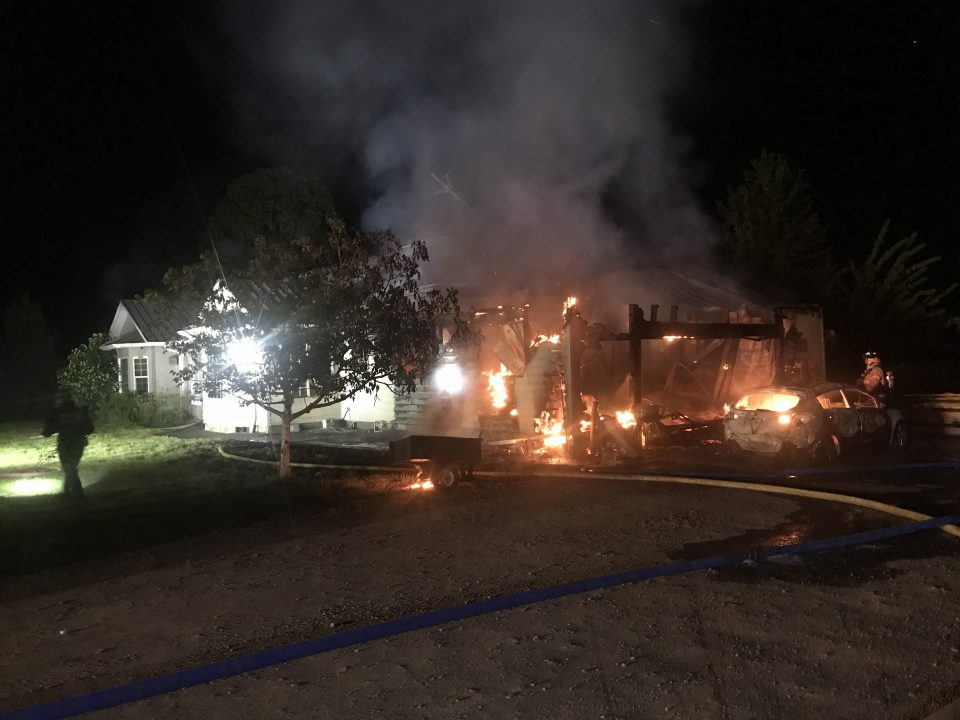 At approximately 1:30 Monday morning, occupants at a home on Clow Corner Road, located east of Dallas, were startled awake by a fire inside of their home. The four adults and their pets evacuated the house and immediately called 9-1-1 for help. When fire personnel arrived at the home, they found the attached garage fully involved with fire and the fire quickly spreading to the residence. Fire fighters were able to stop the spread of the fire shortly after arrival.

A combination of 27 volunteer and career emergency responders from SW Polk Fire District, Dallas Fire & EMS, Polk Fire District #1, and Amity Fire responded to fight this fire. It was later learned the home did not have working smoke alarms. Salem Fire responded to cover the SW and Dallas response area until fire personnel were available. The attached garage and contents were a total loss and unfortunately heat and smoke damage affected the entire home, making it uninhabitable at this time. The Red Cross responded to assist the residents. No injuries were reported. The cause of the fire is still under investigation.

Fire officials stress the need for working smoke alarms in every residence. For more information contact your local fire department or The Red Cross.