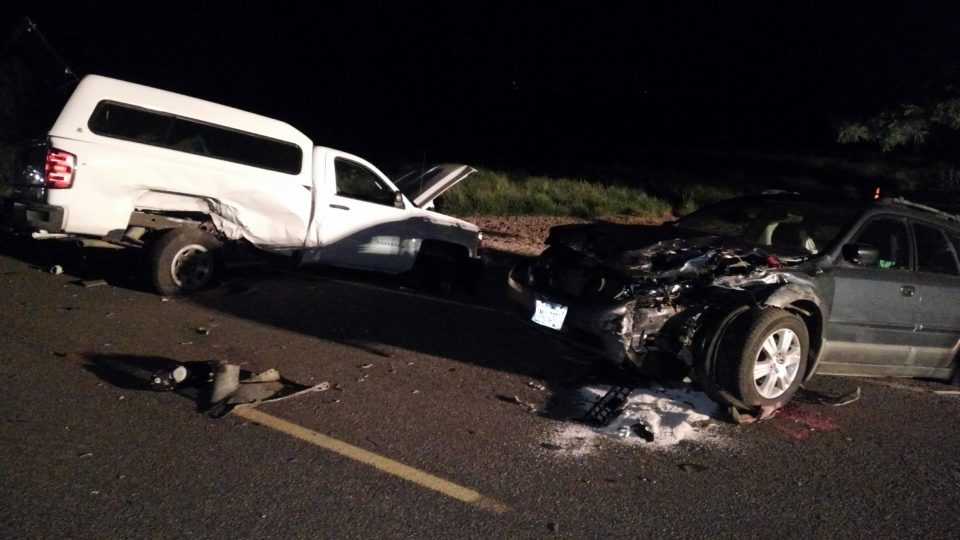 On May 11, 2019 Polk County deputies responded to a reported one vehicle, non-injury, crash in the 9000 block of Corvallis RD, just south of Independence. Oregon State Police Trooper Nicklus Rumsey was in the area and responded as well, it being reported that the front of the involved pickup truck was nosed into the ditch and the rear of the vehicle was blocking a lane of travel.

Prior to law enforcement arriving on scene, the Willamette Valley Communications Center began receiving reports that the crash involved more than one vehicle and that there were two injured persons, one with grave injuries. Trooper Rumsey arrived and began life saving measures that unfortunately proved unsuccessful.

The preliminary investigation indicated that the first crash occurred when 64 year old Carol Nichols and her husband, 71 year old Marvin Nichols Jr. of Jefferson were traveling south on Corvallis RD and apparently attempted to turn around to head back north. The front of their 2018 Chevy Silverado dropped into the ditch on the east side of the road.

Shortly after the original crash took place, a 2005 Subaru Legacy driven by 18 year old Winn Miller of Salem, was headed north on Corvallis RD and struck the passenger side of the Nichols’ vehicle.

Witnesses told deputies that another PU truck was in the southbound lane and was backing up in an apparent attempt to assist the Nichols by pulling their vehicle from the ditch. Both Carol and Marvin had exited their truck and were standing on the driver side. The impact from Mr. Miller’s Subaru on the opposite side caused them to be struck by the driver side of their own vehicle. Marvin Nichols sustained serious injuries and was transported by ambulance to Good Samaritan Hospital in Corvallis and later transported to a Portland area hospital. Carol Nichols was pronounced dead at the scene. Winn Miller sustained minor injury and remained at the scene, fully cooperating with investigators. No citations were issued at the scene and the investigation is ongoing.

Unfortunately, the vehicle in the southbound lane backing up to the Nichols’ vehicle left the scene when the second crash occurred. It was described as a white pickup truck, possibly with a lift. Any assistance regarding the identity of the driver would be appreciated as a statement of what that person saw could be beneficial to the investigation. Anyone with information is encouraged to call Sgt. Kevin Haynes at 503-623-9251.