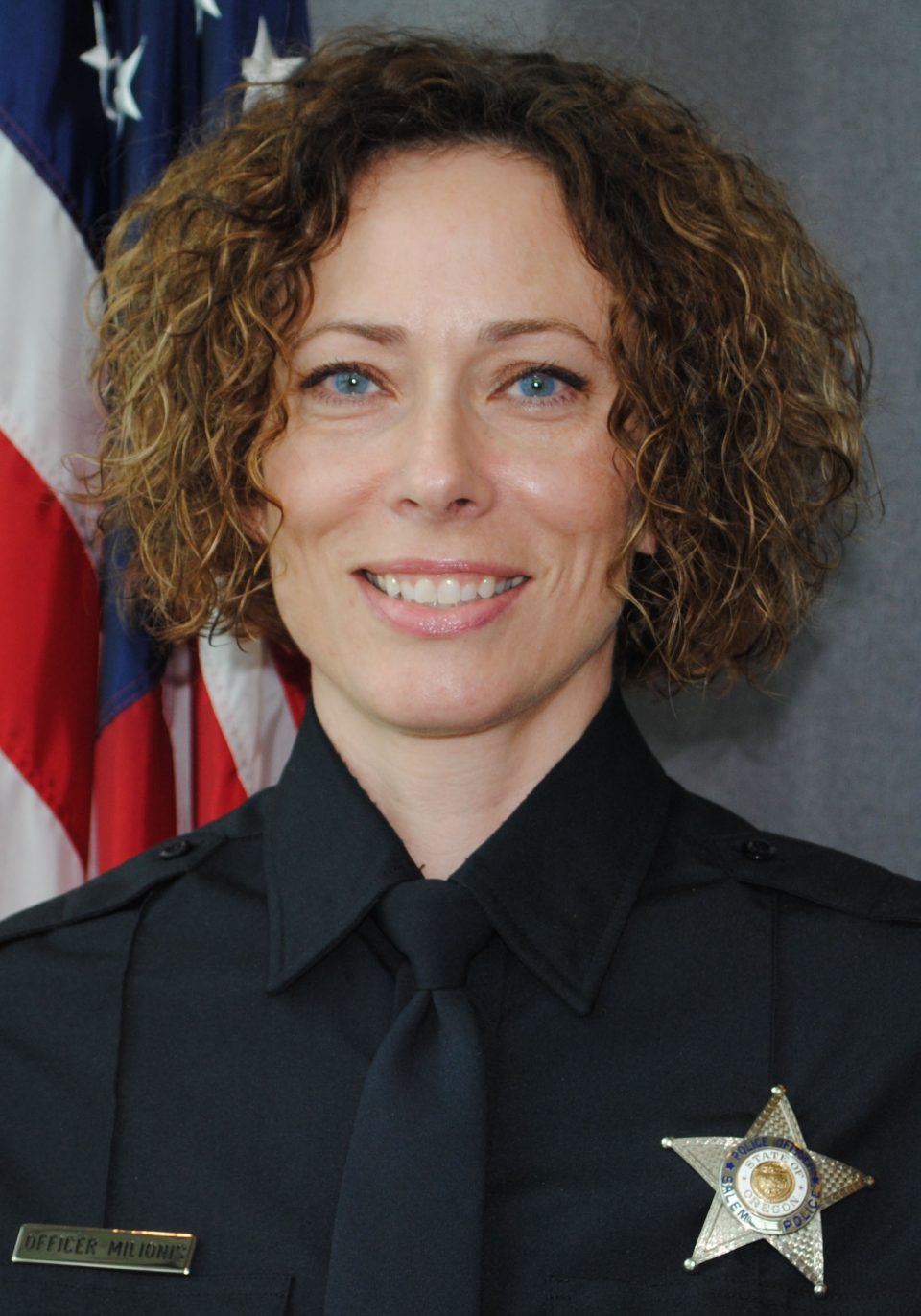 Salem, Ore. — On the evening of Tuesday, May 14, 2019 a Salem Police officer was shot during the course of a traffic stop.

Officer Michelle Pratt, a seven-year veteran on the force, sustained non-life-threatening injuries, and is now recovering at home.

Although Pratt has been an officer for seven years, she has been part of the Salem Police family since 2005 starting as a volunteer advocate on the Domestic Violence Response Team. In 2011, Pratt was hired as a community service officer, and became a police officer in 2012.

Since that time Pratt has been a stalwart of the Patrol Division primarily working on swing and graveyard shifts. Pratt has received advanced training in crisis intervention techniques and domestic violence investigations. She is also a member of the Salem Police Honor Guard.

Said Chief Moore, “Michelle’s professionalism and courage were demonstrated by her quick reaction to the suspect’s attack. She was calm and composed on the radio, and was able to self-administer her tourniquet until her cover officers arrived.” Adding, “We know that in policing there is no such thing as a routine traffic stop—and, yet, everyday our officers put on their uniform and protect this community no matter the call.”