Sidewalks and Bike Lanes to be Added to Brown Rd NE 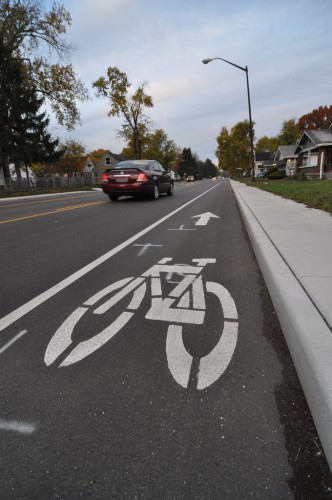 Salem, Ore. — On Tues., May 28, 2019, the City of Salem will begin widening Brown Road NE from Sunnyview Road NE to San Francisco Drive NE. The project includes building sidewalks and bike lanes, and adds a dedicated left-turn lane at Sunnyview Road NE. The project will also make streetlight, stormwater, and water system improvements. The work is scheduled to be completed by November 15, 2019.

Motorists are asked to use caution and plan for delays due to a northbound lane closure and flagger-controlled delays southbound on Brown Road NE. Motorists should consider alternate routes to avoid traffic congestion such as Hollywood Drive NE or Cordon Road NE.

The improvements are part of the 2020 Capital Improvement Plan. A combination of Federal funds, City bond savings, transportation system development funds, and water rate funds have been allocated for this construction project.

This project adds to the list of ways the City is making it safer to walk and bike in Salem. Other pedestrian safety and bike improvements currently under way include:

Other projects completed in the past year include: