Three Men and One Woman Arrested in Dallas 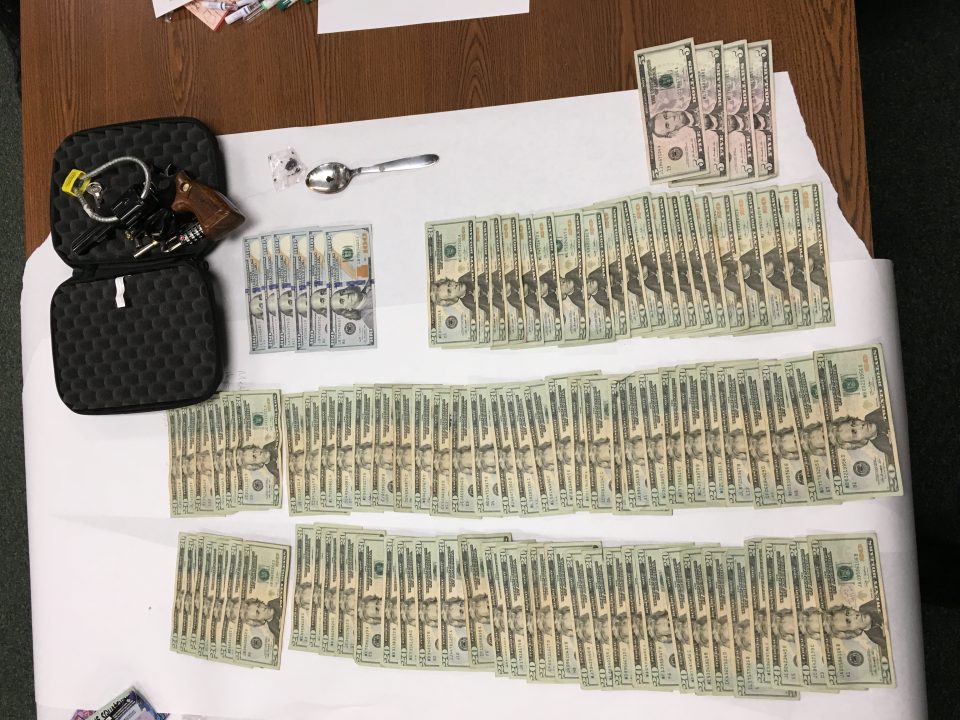 On May 25, 2019, Dallas Police was notified by staff of the Best Western Hotel that a safe was located in the dumpster. The safe appeared to have been pried open and was being covered partially with a blanket, which made it appear suspicious. Dallas Police arrived, removed the safe and seized it as found property and potential evidence of a crime. Near the northwest entrance into the hotel, there were pieces of the broken safe in the bark dust as well as the same type of contents that were located inside the safe.

Inside the northwest door entrance, police also located and seized an empty flashlight package, an empty binocular package, an empty walkie-talkie package, a knife sharpener, surveillance headsets and a three pack of walkie-talkies still in the package. These items were located in a common area, on top of and next to a washer/dryer that is in the hallway which leads to the rooms. These items were also seized as found property and potential evidence of a crime.

The initial investigation identified a vehicle which officers believed was associated with the safe as well as one of the occupants. Witness accounts place occupants of the vehicle shaking a floor mat onto the parking lot, which left remnants of the fire retardant which came from within the safe. The identified occupant, Samuel Lindsey had registered to stay at the hotel for two days. He had one Felony warrant out of Marion County for burglary/theft/id theft and one Misdemeanor warrant out of Marion County for Theft.

Dallas officers monitored the area for a short period of time and observed the mentioned vehicle return and then leave quickly. The vehicle was stopped due to several traffic violations and the driver was identified and was found to be operating the vehicle with a suspended license. The passenger, Blake Henderson had two Felony warrants out of Marion County for burglary, possession of heroin, the unauthorized use of a motor vehicle (stolen vehicle), theft and another warrant out of Salem for trespass.

Our officers, along with the assistance of the Polk County Sherriff’s Office, returned to the hotel and visited the room registered to Samuel Lindsey. While attempting contact with Lindsey at the room a subject tried to flee out of a back window. The person, later identified as Ryan Ritter, was ultimately detained and found to have a warrant out of Polk County for theft. Jennie Burchfield was also in the room and contacted. She had a warrant out of Marion County for possession of heroin.

Two search warrants were obtained to search the hotel room registered to Lindsey and property found during the initial vehicle stop.

Officers ultimately arrested the four suspects, seized user quantities of methamphetamine and heroin, two guns, (one which was listed as stolen) and just over $6,500.00 in cash.

Primary case officer was Sergeant Colby Hamilton and he was assisted by Senior Officer Aaron Mollahan and Sergeant Mike Fleming.

ARRESTED and lodged in the Polk County Jail: