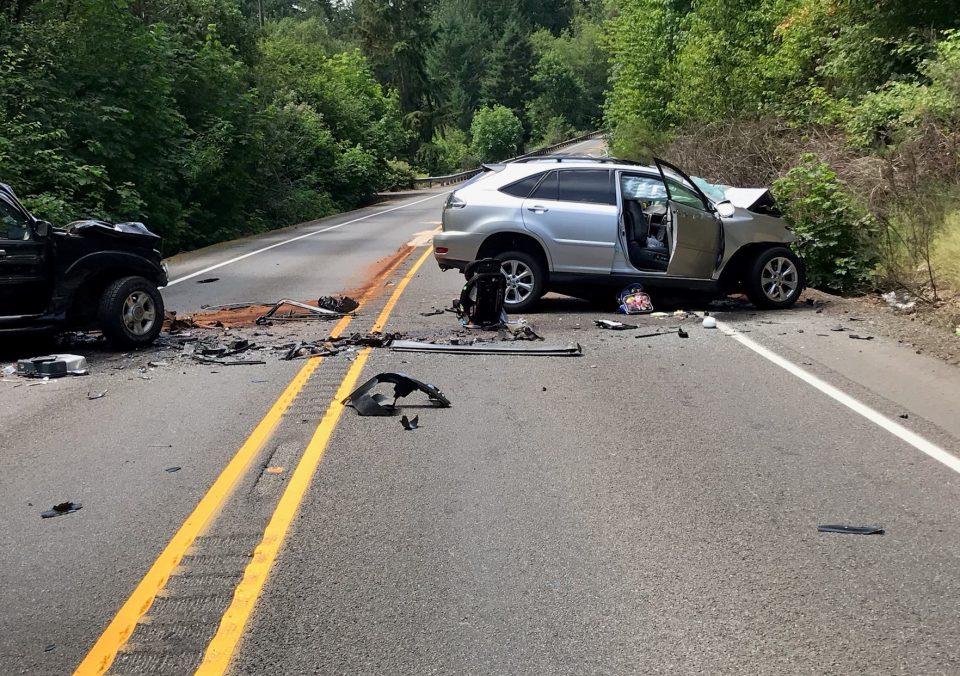 Sunday afternoon deputies responded to a serious motor vehicle crash which resulted in two fatalities. When emergency services arrived they located a head on collision involving a silver Lexus R350 and a black Ford Explorer Sport Trac. The drivers of both vehicles were pronounced as deceased at the scene.

Deputies have identified the driver of the Lexus as Jessica Griego, 34, of Oregon City. Griego’s 4 year-old son was a passenger in the vehicle at the time of the crash. The child was transported to a Portland area hospital and is reported to be in good condition.

The driver of the Ford Explorer has been identified as Martin Johnson, 65, of Willamina.

Deputies interviewed witnesses at the scene who stated the silver Lexus R350 was traveling westbound on McKay Rd NE near Case Rd NE when it went into the oncoming lane of travel, striking the black Ford Explorer Sport Trac head on. At this time it is unclear if speed or alcohol were factors leading up to the crash.

The preliminary investigation at the scene has been completed and McKay Rd NE has been reopened to traffic. The Sheriff’s Office was assisted by the Marion County Medical Examiner’s Office, Aurora Fire District, Woodburn Ambulance, and Marion County Public Works.