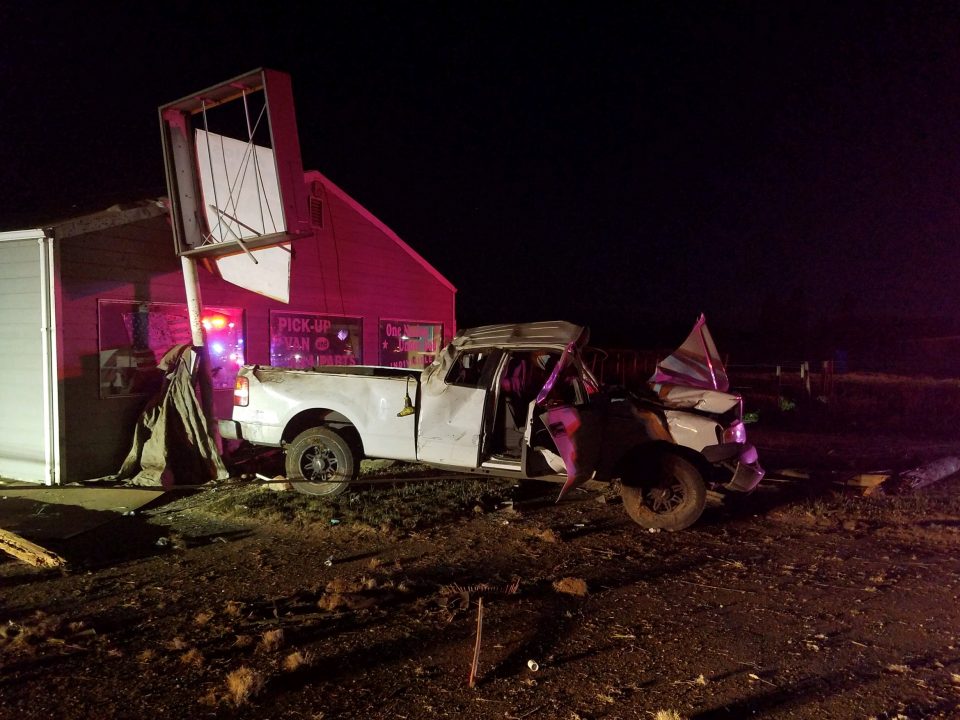 On Wednesday, June 19, 2019 at approximately 2:45 A.M. Oregon State Police and emergency personnel responded to the report of a single vehicle crash on Hwy 99E near milepost 30.

Preliminary investigation reveals a Ford truck, operated by Efren Arellano-Contreras (19) of Woodburn, was north on Hwy 99E when he left the roadway and collided with a power pole.

Power lines were down and Hwy 99E was shut for approximately 2 hours.

Arellano-Contreras was transported to the hospital with non-life threatening injuries.

Arellano-Contreras is being charged with DUII, reckless driving and criminal mischief in the second degree.