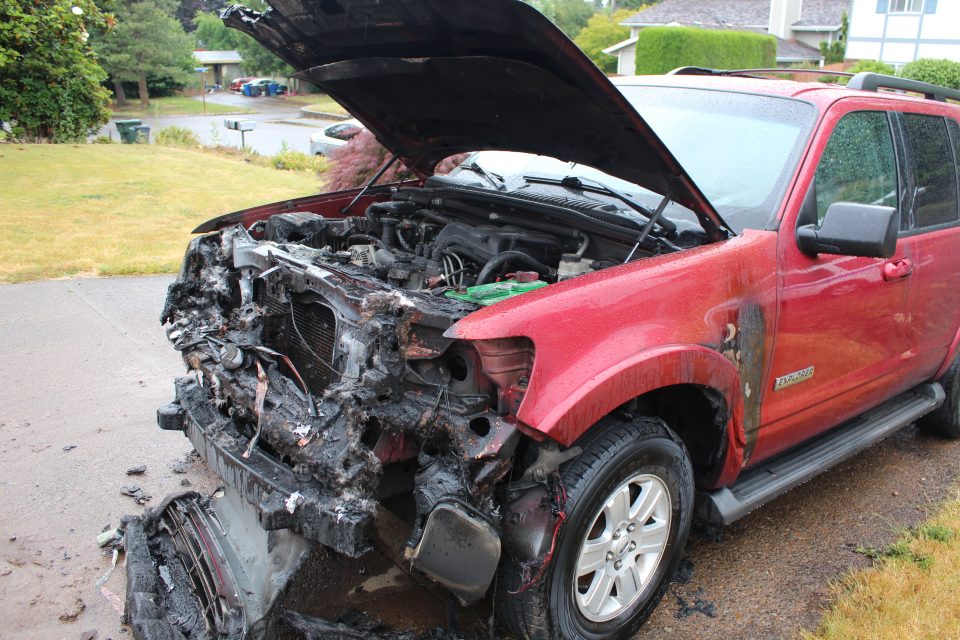 On June 27, 2019, at about 1:25 A.M. Keizer Police was notified about a red 2008 Ford Explorer that was on fire in a driveway in the 4700 block of 18th Ave NE, Keizer. Keizer Fire personnel arrived and quickly extinguished the flames. Keizer Police detectives began investigating the case as arson because evidence indicated the fire was intentionally set. Detectives believe the fire is likely related to a disturbance call that both Salem and Keizer police responded to earlier in the evening on June 26, 2019, in which the victim of the car fire and several other people were involved in a verbal argument.

The disturbance occurred at the location of a memorial at the Salem Parkway and Cherry Ave NE. The memorial was erected by family members to commemorate a traffic crash that resulted in the fatalities of three young women on June 2, 2019. The car fire victim was at the memorial picking up items and in doing so, attracted the attention of family members and others associated with the crash victims who then arrived at the memorial. The person told the family he was there to “clean up” and throw the items away, which they strongly objected to. Officers called to the scene determined the man had no lawful responsibility to dispose of the memorial items and also determined the memorial was not constructed in a way that endangered the public, nor did it create an obstacle for passers-by.

Officers were able to diffuse the situation on the Parkway, and the parties separated. At this time, it is not believed the car fire victim, and those associated with the crash victims know each other. Anyone with information is asked to call Detective Tim Lathrop at 503 856-3481.