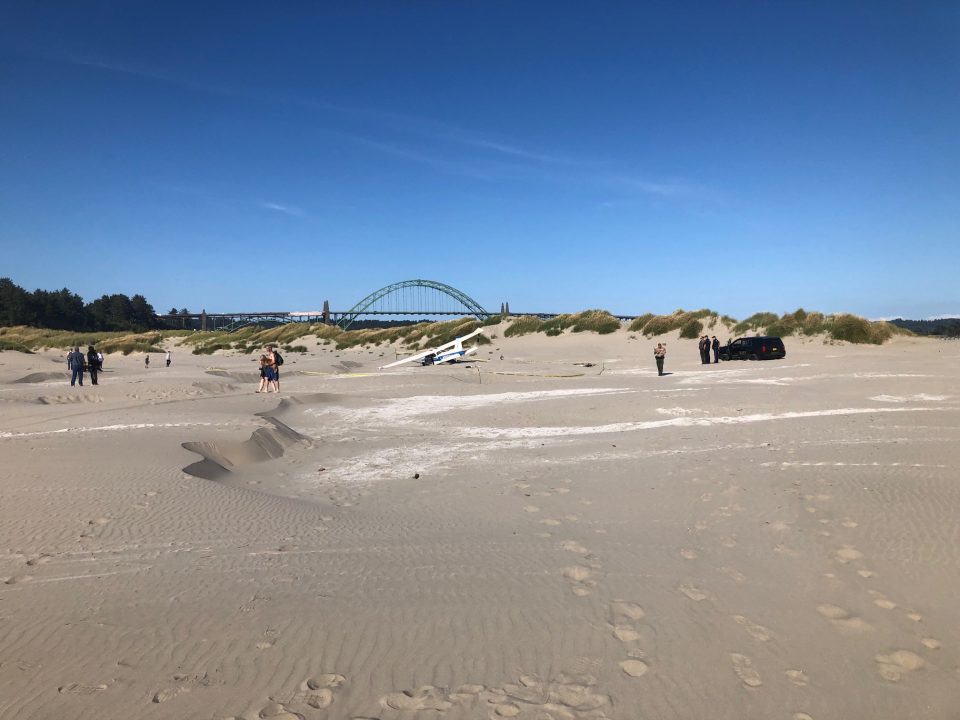 On July 8, 2019 at 5:10 PM, Oregon State Police and emergency personnel responded to a plane crash, on the beach, north of the Jetty in Newport.

The preliminary investigation determined the plane was a Cessna 172 Skyhawk II and was flown by Dean Sawyer, age 66, from Newport. Sawyer had two passengers, on the four seater plane, and they were identified as Deborah Reasoner, age 61, from Molalla and a seven year old juvenile also from Molalla ( the relationship between the juvenile and Reasoner is unknown).

Sawyer departed from the Newport airport approximately 4:30 PM and flew around the Depoe Bay area. Near Newport, Sawyer started to notice there was a mechanical problem with the plane and attempted to return to the Newport airport. Sawyer realized the plane did not have enough altitude to fly to the airport so he planned for an emergency landing on the beach. Sawyer was able to land the plane on the beach just north of the Jetty.

All three occupants were transported to the Samaritan Pacific Communities Hospital in Newport. Both Sawyer and the juvenile received minor injuries and were released from the hospital.

Reasoner sustained serious injuries and was Lifeflighted to a Portland hospital.

Sawyer is the current Mayor of Newport and has had a pilot’s license for 40 years. Sawyer has been flying, the plane that crash, for over 30 years.