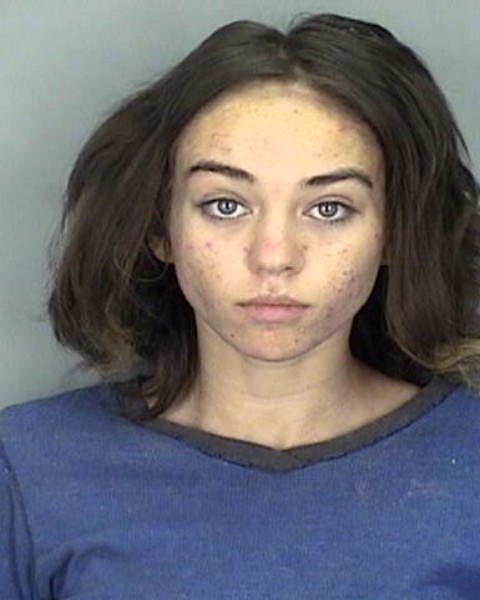 An anonymous tip yesterday helped Salem Police locate a women that earlier in the day had walked away from the Marion County Sheriff’s Office Transition Center. 22-year-old Celina Langley was taken into custody and taken to Marion County Jail. She will be facing a new charge of unlawful possession of heroin in addition to charges associated with her unauthorized departure from the transition center. She was in custody for parole violation and scheduled to be released next Thursday.

On July 10th, 2019 at 9:08 am, Celina Langley walked away from the Marion County Sheriff’s Office Transition Center. Ms. Langley, 22, is a white female adult, 5’5”, 115 lbs, with black hair and hazel eyes. Ms. Langley is a transient and was reported to have been last seen on Barnes Av SE in Salem shortly after 10:00 am earlier today. Ms. Langley was last seen wearing a black hooded sweatshirt and black pants.

Ms. Langely was in custody for a Parole Violation, she was scheduled to be released on July 18th, 2019.