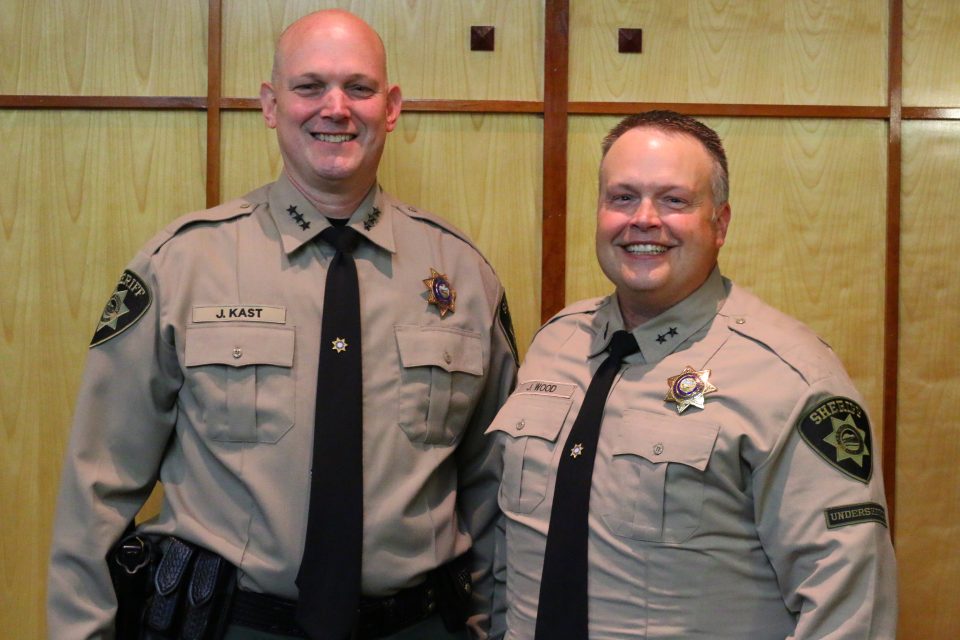 This afternoon Marion County Sheriff Joe Kast hosted the summer swearing in ceremony for new Sheriff’s Office employees. During today’s ceremony, 14 employees were sworn in as deputy sheriffs and four more were recognized as they joined the Sheriff’s Office in non-sworn roles. Community Corrections Commander Jeff Wood was promoted and sworn in as Undersheriff.

Undersheriff Wood began his career in 1994 as a Corrections Specialist with the Marion County Department of Corrections and has over 25 years of experience in the juvenile and adult correctional fields. Appointed by the Marion County Sheriff as a division commander in March 2009, Wood holds a Bachelor of Science degree in Psychology from the University of Oregon and has earned his Executive Certification from the Oregon Department of Public Safety Standards and Training.

During his tenure with the Sheriff’s Office, Undersheriff Wood has received extensive training in evidence-based practices and has implemented a number of programs within the Community Corrections Division. Undersheriff Wood has regularly provided legislative testimony on issues pertaining to sex offender supervision, registration, electronic monitoring, transition and reentry, and community corrections funding. Wood just completed a two-year term as President of the Oregon Community Corrections Director’s Association, currently serves as Chair of the Marion County Justice Reinvestment Council, sits on the Governor’s Reentry Council, and Oregon’s Corrections Forecast Committee.