Plane Crashes into a Farm Field near Salem 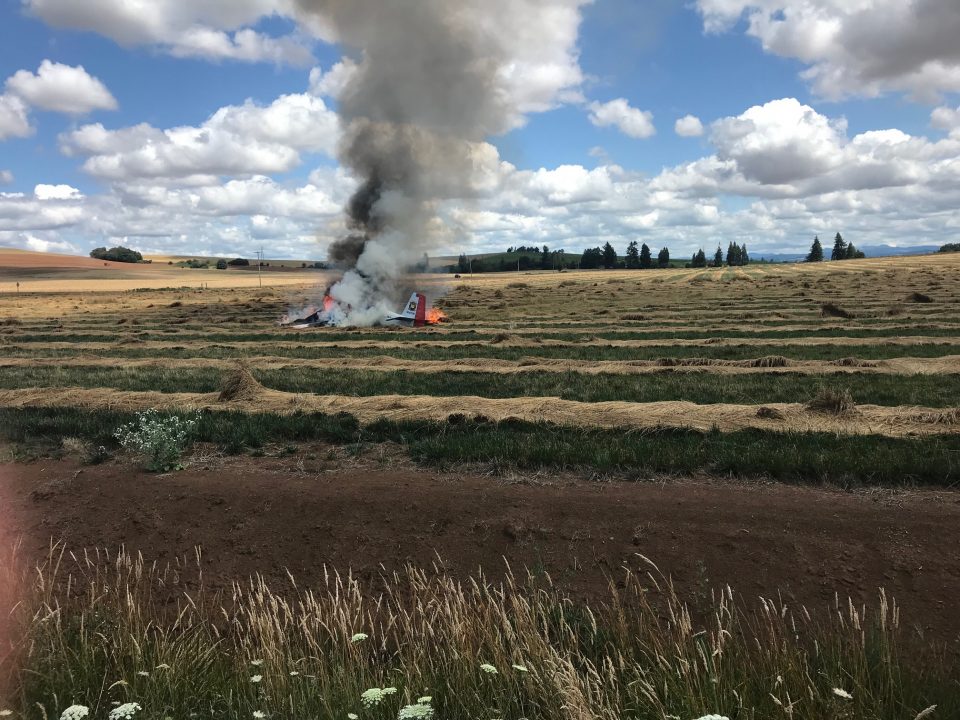 This afternoon at approximately 1:23 pm, emergency services were dispatched to an air craft crash into a field in the area of Jordan St SE and Howell Prairie Rd SE in Marion County. When deputies arrived on scene, the single engine plane was fully engulfed in flames. The pilot was able to get out of the plane after making an emergency landing into a farm field.

The pilot told deputies he was forced to make an emergency landing in the field after his plane caught fire in the air after experiencing mechanical issues. The pilot was taken to an area hospital by ambulance for treatment of non-life threatening injuries.

The pilot was the sole occupant of the plane and there are no other reported injuries as a result of the crash. The Federal Aviation Administration and National Traffic Safety Board have been notified of the crash.