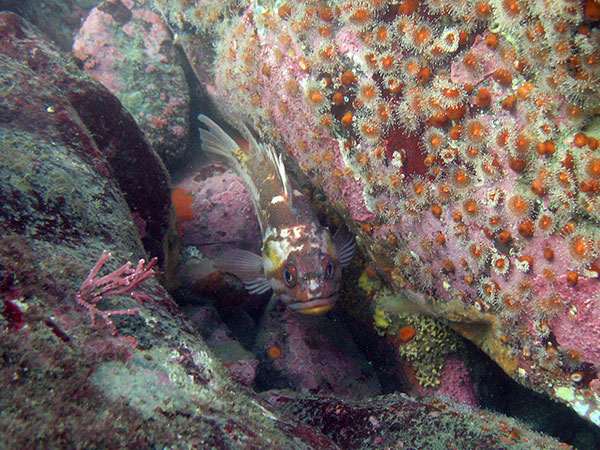 SALEM, Ore.—Two bills—one signed by the Governor earlier this month (HB 2829), and one recently introduced in the U.S. House of Representatives(HR 3742)—offer the most significant opportunities to fund fish and wildlife conservation in a century.

This year, the 2019 Oregon State Legislature passed HB 2829 to create the Oregon Conservation and Recreation Fund to conserve and manage Oregon’s fish, wildlife, and their habitats. The bill puts $1 million in General Fund aside, to be matched by $1 million in private funds raised by ODFW, as seed money towards an alternative, sustainable funding source. It also creates an Oregon Conservation and Recreation Advisory Committee to recommend how to spend monies from the Fund.

The 2019 bill was based on the recommendations of a Task Force created by the 2015 Oregon State Legislature that explored alternative funding for fish, wildlife and outdoor recreation. Among other uses, the new Fund will be used to implement the Oregon Conservation Strategy, a blueprint for conservation in Oregon that supports voluntary actions to conserve species and their vital habitats before they become more rare and costly to protect.

“In 2016, the Task Force for funding for Fish, Wildlife and Related Outdoor Recreation and Education conducted a survey of Oregonians. It was clear from the survey that Oregonians strongly value our state’s fish and wildlife, including many people who don’t hunt and fish. Yet the majority of the funding for ODFW’s programs are funded by hunters and anglers,” said Mark Labhart, Chair of the Task Force. “The Legislature agreed and HB 2829 gets us started and well on the way to implementing the Oregon Conservation Strategy.”

“The Oregon Conservation and Recreation Fund will help ensure that future generations of Oregonians can continue to enjoy the incredible natural landscapes that are so central to our way of life,” said Representative Ken Helm (D-Washington County), who sponsored HB 2829.

Another significant funding source on the horizon is the Recovering America’s Wildlife Act (H.R. 3742), introduced on July 12 by Rep. Debbie Dingell (D-MI) and Rep. Fortenberry (R-NE) and currently supported by 70 Members of Congress including Oregon Representatives Bonamici, Blumenauer, DeFazio, and Schrader. The bill would dedicate approximately $1.3 billion annually to state fish and wildlife agencies and an additional $97.5 million for tribal fish and wildlife managers to implement science-based wildlife action plans, with funding coming from the general treasury.

Apportionment of these dollars to the states would be based on population and land mass. ODFW estimates $23 million per year could be provided to implement the Oregon Conservation Strategy and connect more Oregonians to the outdoors. This would represent an estimated 12 percent boost to ODFW’s current budget.

In Oregon, these funds could immediately be used to support targeted investment in conservation activities that support endangered species recovery, like what Oregon did to help recover the Oregon chub. Funds could also be used to build a program to engage communities across the state in collecting observations of Oregon’s species where data is lacking, such as western pond turtle. It could also provide funds to ODFW’s conservation partners for voluntary habitat restoration across the state. Some of the species that would benefit from these funds include red abalone, nearshore rockfish species, Oregon spotted frog, trumpeter swan, Townsend’s big-eared bat and white sturgeon among many others.

“The Recovering America’s Wildlife Act would allow us to fully implement the Oregon Conservation Strategy and truly begin to address species conservation proactively instead of the reactive, emergency approach of the Endangered Species Act,” said ODFW Director Curt Melcher. “From my perspective, passing this bill could be the most significant moment in fish and wildlife conservation in the United States this century.”

As with all federal grants, some state match of federal funds would be required (HR 3742 requires a 25 percent match from state funds). Funds from the Oregon Conservation and Recreation Fund could be used to leverage these potential new funds from the Recovering America’s Wildlife Act.

It was nearly 100 years ago that the Wildlife Restoration Act (aka Pittman-Robertson) and the later Sport Fish Restoration Act (aka Dingell-Johnson) were passed by federal lawmakers. These laws permanently dedicated excise taxes from the sale of hunting and fishing equipment to the states to support fish and wildlife conservation. They are credited with helping restore elk, cougar, bighorn sheep, salmon, steelhead and interior redband trout, among other species in Oregon. Funds from these excise taxes also helped purchase and maintain nearly 200,000 acres of land managed exclusively for wildlife habitat and recreation in Oregon (state Wildlife Areas such as Summer Lake and Sauvie Island).

The Oregon Department of Fish and Wildlife receives very little state General Fund (less than 10 percent) or federal tax dollars, instead relying on hunting and license dollars, excise tax dollars, and other grants to fund the majority of the work. This funding model cannot keep up with the challenges facing Oregon’s fish and wildlife from human population growth, development, drought, climate change and ocean acidification. Funds from Pittman-Robertson and Dingell-Johnson are also focused on species that can be hunted or fished for and limited in the types of conservation work they can cover, so many of Oregon’s species of greatest conservation need are without a dedicated funding source.

Oregon and other states across the country have participated in a multi-year effort to diversify the way they fund conservation in the United States. Their goal is to expand conservation efforts to proactively address the 21st century challenges that affect the diverse fish, wildlife, and habitats of the nation and connect more people with nature and the outdoors.