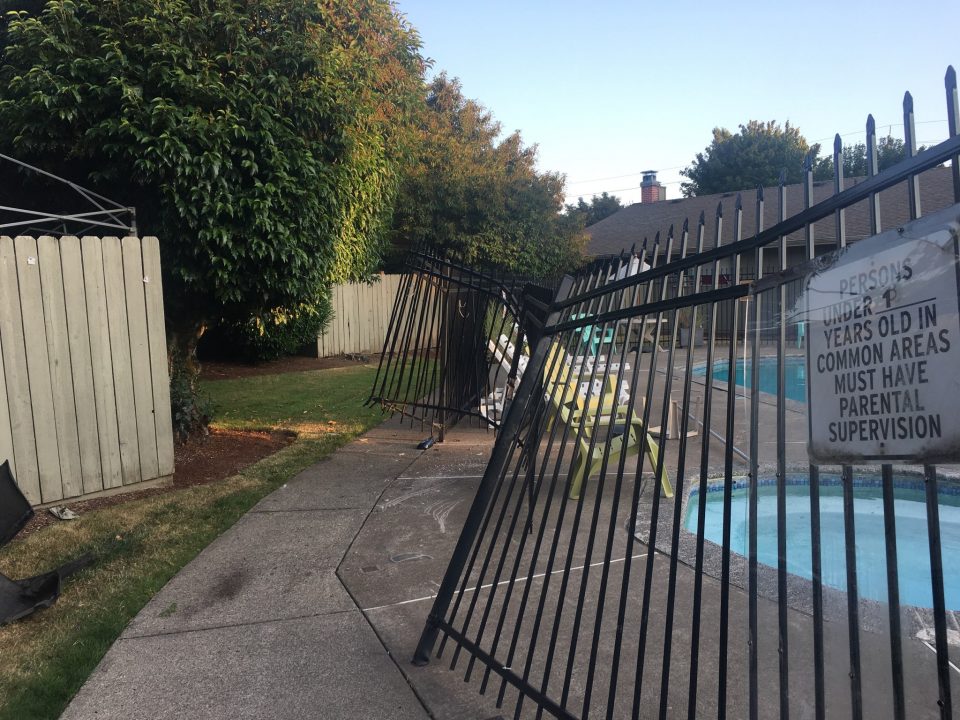 Last night at approximately 7:27 pm, a Marion County Sheriff’s Deputy attempted to stop a stolen 1997 Honda Accord in the area of Hyacinth St NE and 25th Ave NE in Salem.  The driver of the vehicle initially pulled over for the deputy.  As additional law enforcement officers arrived on scene, the driver of the Honda abruptly sped off into the North Park Apartments.

The suspect has been identified as Kevin Grieve, 21, of Springfield.  He will be lodged at the Marion County Jail on multiple charges including; Attempted Assault II, Criminal Mischief I, Reckless Driving, Reckless Endangering, Unauthorized Use of a Motor Vehicle, and Attempt to Elude.

The Marion County Sheriff’s Office was assisted by the Salem Police Department and Salem Fire Department during this incident.