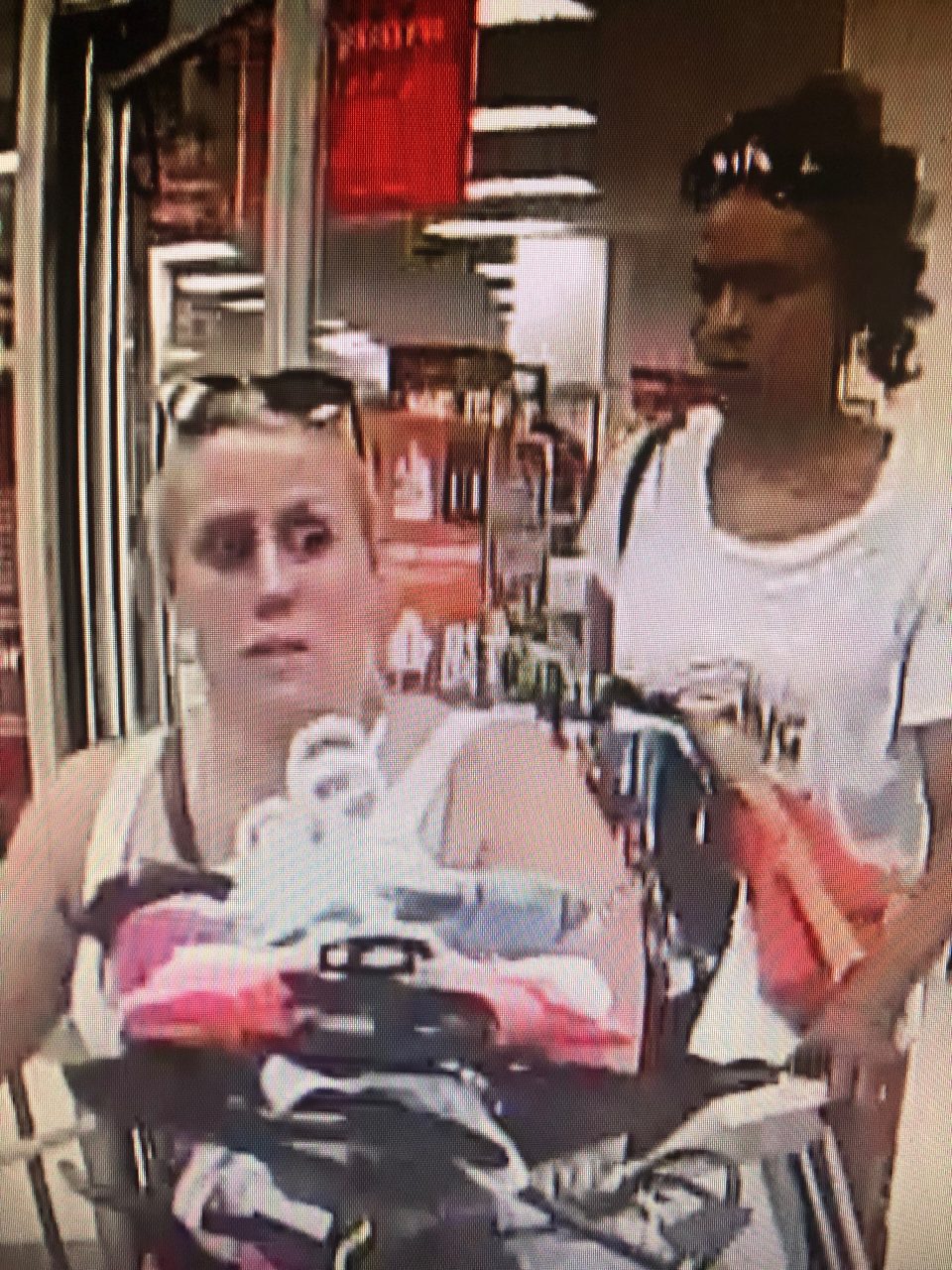 The victim involved in the below listed incident has been identified as Montana W. Carver, a 61 yr old resident of the Salem area. He is currently listed in critical but stable condition at a local hospital. As this is an ongoing investigation, no further information can be released at this time.

The Salem Police Department is seeking assistance from the public in identifying two individuals who shoplifted from the TJ Max store in downtown Salem on July 27th, 2019 at approximately 8:40 pm.  After exiting the store, the individuals fled in a vehicle. The suspects vehicle struck a bicyclist prior to leaving the scene.  The victim was transported to the hospital via ambulance with serious injuries.  No further updates available on the identity or condition of the victim at this time.

The suspects are described as:

Suspect 1) light skinned adult black female with dark hair, approximately 6 ft. tall with a medium build.  The suspect is described as having a deep voice.

The attached photos are from a surveillance camera and show the two female suspects.  Anyone with information which can help identify the two suspects are asked to call the Salem Police Department tip line at 503-588-8477.