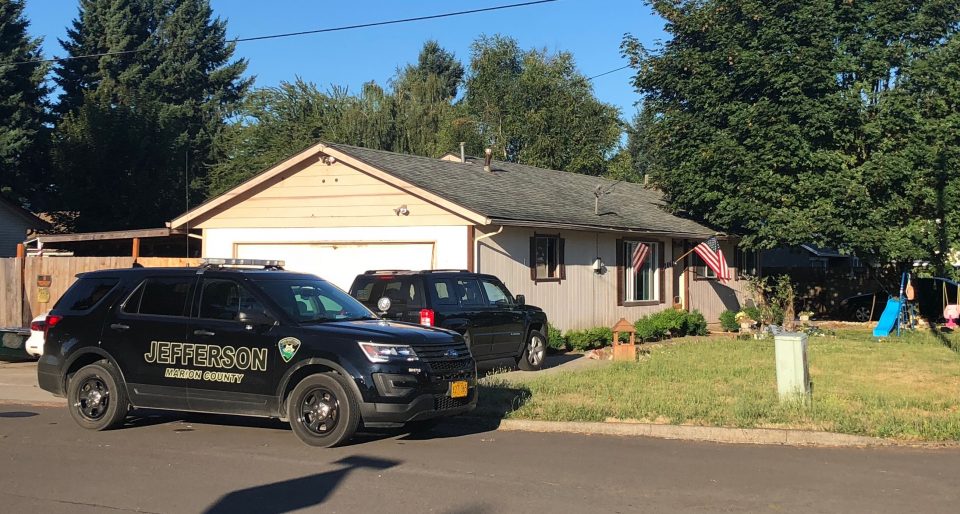 On August 1st, 2019 at about 6:00 am, Marion County Sheriff’s Office SWAT and investigators from the Linn Interagency Narcotics Enforcement Task Force served a narcotics related search warrant at a residence at 286 High Street in Jefferson, Oregon. Three arrests were made in connection with the investigation and several ounces of methamphetamine, heroin, fake prescription pills and evidence of drug dealing was found inside the residence.

Deidama Ann Agee, 58, of Jefferson, was arrested for Frequenting a Place Where Controlled Substances are Used.

Both Becktold and Brockman were transported to Marion County Jail where they were lodged. Agee was cited and released from the scene.

This same residence was the location of another search warrant on February 6th of this year where over 1/2 pound of heroin, 1/2 ounce of cocaine, over $22,000 in cash was seized and one arrest was made.

Sheriff Kast said, “We appreciate the excellent working relationship we have with the Linn County Sheriff’s Office and partner agencies who contribute to the LINE Task Force. Collaborations such as these allow us to combine the resources we have been entrusted with and helps keep our communities safe.”

Anyone with information about this case or who has information regarding drug dealing is encouraged to call the Marion County Sheriff’s Office at 503-588-5032 or the Linn Interagency Narcotics Enforcement task force at 541-791-0102.