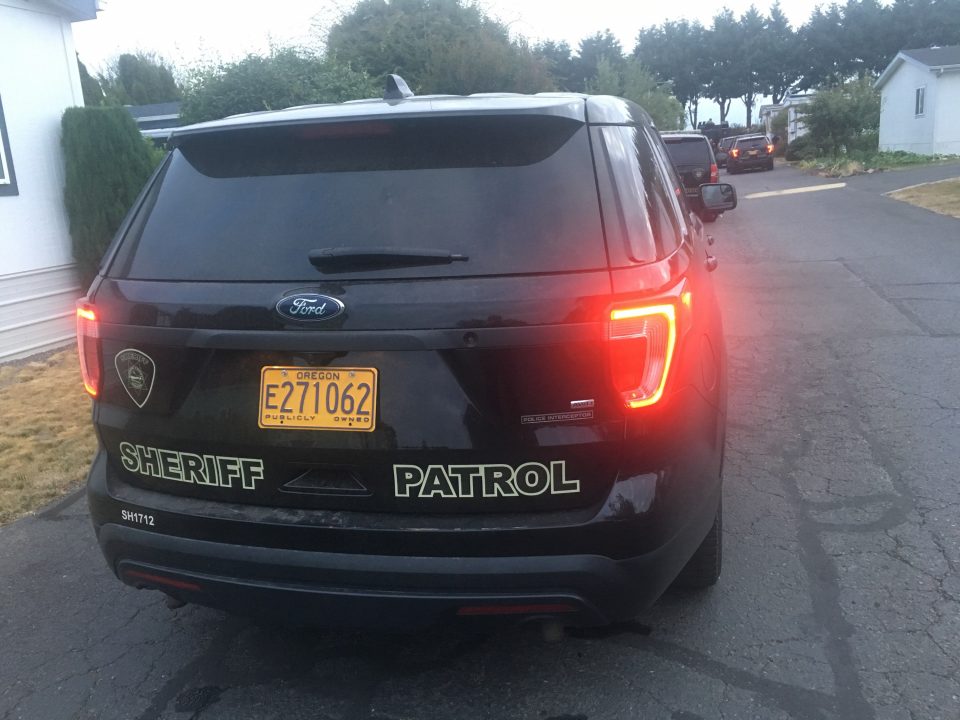 At approximately 10:41 pm on August 16th, deputies were dispatched to a domestic disturbance in the 300 block of NE Crest Street in Sublimity. When deputies arrived, they encountered an intoxicated male who had allegedly struck the victim in the head with a liquor bottle. Deputies were able to help get the victim to safety before the suspect barricaded himself in the residence.

Over the next few hours, deputies attempted to get the suspect to surrender peacefully. After those efforts were unsuccessful, the Sheriff’s Office SWAT Team was called to the scene at close to 2:00 am. Negotiators from the Tactical Negotiations Team made numerous attempts to engage with the male and to convince him to surrender. SWAT Tactical Team members made entry into the residence and were able to take the suspect into custody on multiple charges.

The suspect has been identified as Michael Ducommun, a 54-year-old man from Sublimity. He has been taken to an area hospital for an evaluation and will be lodged at Marion County Jail later today. He will be charged with Assault III, Assault IV, Resisting Arrest, and Unlawful Use of a Weapon.

The victim, a 49-year old Sublimity woman, was treated and released at an area hospital.

The SWAT Team is comprised of deputies from all four divisions of the Sheriff’s Office; Enforcement, Institutions, Community Corrections, and Operations. They are joined on this multi-agency team by officers from the Woodburn Police Department.