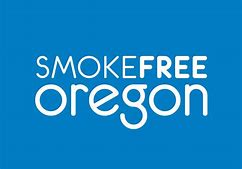 PORTLAND, Ore. — The violation rate for tobacco sales by retailers to underage individuals decreased slightly in the past year, but the rate of illegal little cigar sales more than doubled, according to new Oregon Health Authority data.

The data, contained in a 2019 Oregon Tobacco Retail Enforcement Inspection Results report OHA published today, found that illegal sales of tobacco to people younger than 21 decreased slightly in the most recent round of inspections, from 18 percent to 16 percent (2018 to 2019, respectively). Despite this improvement, the report also found an alarming change: the rate of illegal little cigar sales more than doubled, from 13 percent to 28 percent in the past year. Little cigars, sometimes called “cigarillos,” are popular with youth and come in fruit flavors like “Tropical Fusion” and “Boozy Mango.”

“It’s heartening to see that the overall violation rates are down. However, the fact that little cigars are being sold to people under age 21 at even higher rates is very concerning,” said Tom Jeanne, M.D., M.P.H, deputy state health officer at the OHA Public Health Division. “We know these products are sweet, and they’re sold for pocket change. Given that more than one in four retailers sold little cigars illegally last year, they’re also extremely easy for young people to get ahold of.”

The OHA Public Health Division conducts retail inspections in collaboration with Oregon State Police. In 2019 the state inspected 1,100 retailers out of about 3,200 retailers who sell tobacco and e-cigarette products statewide. If a retailer violates the law, a citation is issued to the store’s clerk, manager on duty or owner. The annual inspection results report shows which stores passed inspection and which sold illegally to people younger than 21.

The slight dip in illegal tobacco sales in 2019 was driven by a decline in the violation rate for cigarettes, which dropped from 18 percent to 13 percent, and a decline in illegal sales in Multnomah County. The county’s violation rate was 9 percent in 2019, compared to the statewide rate of 16 percent. For e-cigarettes, violation rates held constant with just over one in five retailers selling to a person younger than 21. However, the rate of illegal little cigar sales more than doubled, with more than one in four stores inspected making an illegal sale. A recent OHA report on tobacco industry advertising showed that more than half of Oregon stores that sell little cigars advertise them for under $1. The flavors and low prices of these products make them appealing to youth.

In January 2018 OHA started enforcing a tobacco sales age of 21, up from 18. Initial results of an evaluation of Oregon’s Tobacco 21 law show it may reduce the number of youth who pick up smoking. But while the law made changes to who can be fined for an illegal sale, the recent inspection results suggest more needs to be done.

“One of the challenges of our inspection process is that only a few counties in Oregon require a license to sell tobacco — and there’s no state license,” Jeanne said. “This means it is extremely difficult to enforce the minimum legal sales age by holding retailers accountable for illegal sales. A tobacco retail license would make it possible to track who is selling tobacco, educate retailers on how to comply with the law and have meaningful penalties for repeat offenders.”

The list of Oregon tobacco retailers that violated the tobacco sales is available on the OHA Public Health Division website: https://www.oregon.gov/oha/PH/PREVENTIONWELLNESS/TOBACCOPREVENTION/Pages/retailcompliance.aspx#inspections.

For more information about how the tobacco industry markets in Oregon, see the recent Tobacco Retail Assessment Report at https://smokefreeoregon.com/retailassessment/.