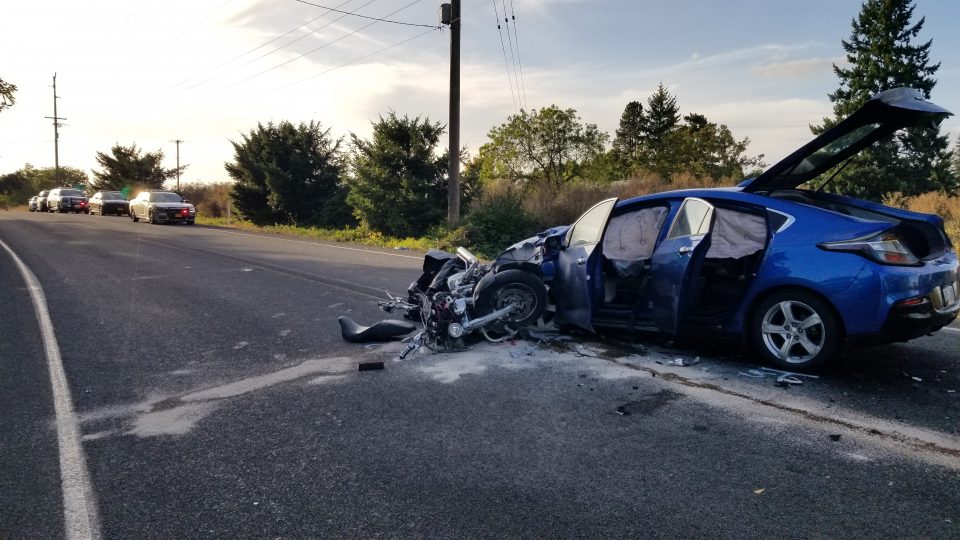 A motorcyclist died and Three others were sent to the hospital Saturday afternoon after a head-on crash on Hwy 214. Oregon State police say it happened around 4:45pm between Mt Angel and Woodburn near Elliott Prairie Road.. A Preliminary investigation shows that Travis Corter of Hillsboro was eastbound in the Westbound lanes passing a car when he collided with a Chevrolet Volt driven by Massoud Jourabchi of Beaverton. Corter died at the scene. Three of the Five passengers in the Volt were taken to Salem Hospital for minor injuries. Hwy 214 was closed for several hours for the investigation.