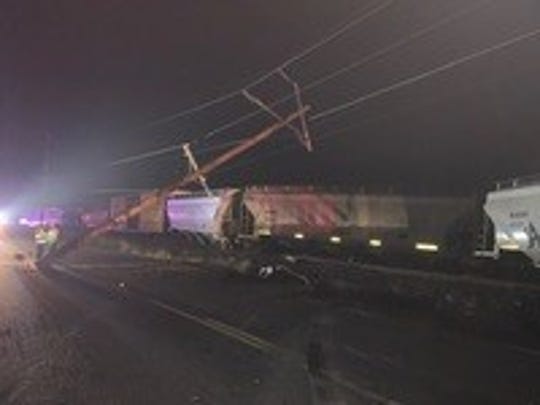 River Road NE between Brooklake and Waconda Rd NE is expected to be closed thru Monday after a train derailment near Brooks early Sunday morning.  Eight cars of a 29-car train operated by Portland and Western Railroad Management were reported derailed at 1:19 a.m. in the 9500 block of River Road NE, according to Michael Williams, a spokesman for Portland & Western Railroad. According to an article in the Statesman Journal, the derailment downed a power line, causing a fire, power outages and prompting the closure of River Road NE. Of the eight cars involved, three are carrying wood pulp, three are carrying potassium sulfate and two are empty lumber cars, Williams said.  There were no injuries reported and no hazardous chemicals involved. The cause of the derailment is under investigation.