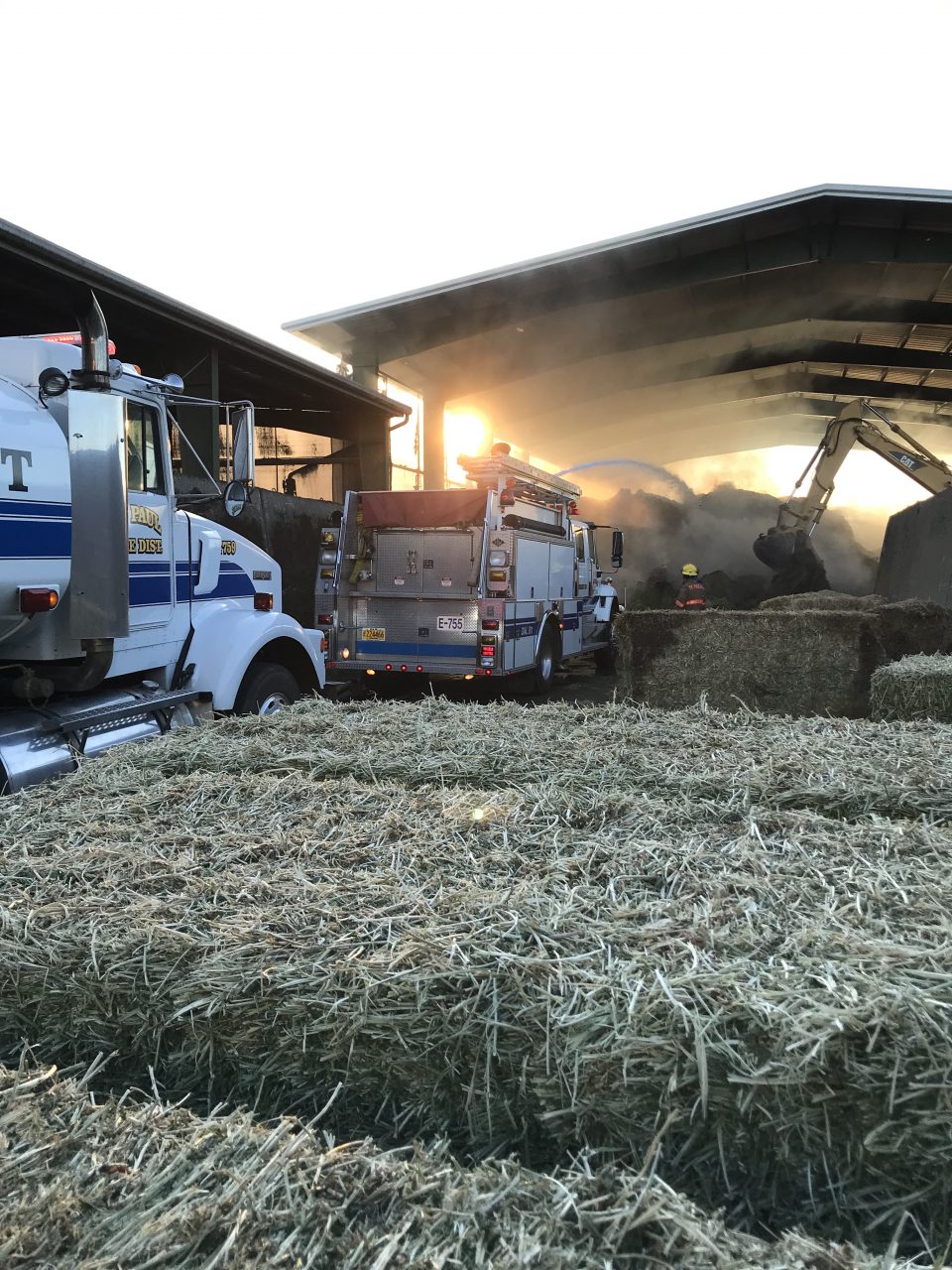 The St. Paul Fire District responded to a Barn Fire at Sar-Ben Farms at 22961 River Rd NE.  This farm is an organic dairy operation.  While enroute to the Fire, the St. Paul Fire District responders were told that the farm had called about their hay which had gotten too hot, and spontaneously combusted.  The hay that was burning was in a metal roofed barn, which is approximately 80 feet by 120 feet long.  The barn was full of hay. Firefighters from St. Paul Fire were assisted by the Aurora Fire District, TVF&R (Newberg), Woodburn Fire and Dundee Fire Districts.  The Fire was contained to one structure. It is estimated that there was 200-300 thousand dollars worth of hay in the barn, at the time of the Fire.

Barn fires such as this will continue to burn for a while, until all of the hay has had a chance to be removed, spread on the farmer’s field and burns out.