Death Investigation Closed After One Year 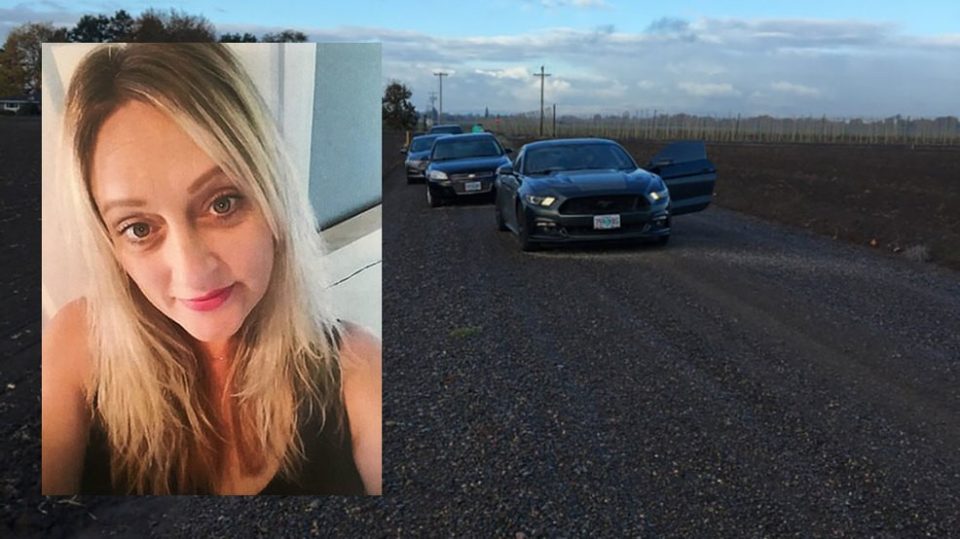 The Marion County Sheriff’s Office and Marion County District Attorney’s Office have been investigating the death of Tricia Carver, since her body was located nearly one year ago in a field in St. Paul, Oregon.  After an exhaustive criminal investigation, the Marion County District Attorney has determined that the sole person responsible for Tricia Carver’s death was her estranged husband, Lemarr Carver, who killed himself at his residence in Hillsboro, Oregon shortly after killing his estranged wife.  Since the only suspect in Tricia Carver’s murder is deceased, there will be no criminal prosecution and this criminal case will be considered closed.

Below is a summary of the facts from the investigation.

On the morning of November 5, 2018, the body of an adult female was located in a field off of Vachter Road NE, a gravel road near River Road NE in St. Paul, Marion County.  The deceased had no identification on her but was wearing a watch and jewelry that investigators hoped would be recognizable to a friend or family member.

At 4:32 p.m. that afternoon, Darlene Borde reported to the Linn County Sheriff’s Office that she had not heard from her daughter, 47 year old Tricia Lynn Carver, in 24 hours.  Ms. Borde told police Tricia Carver had been staying with her while going through a divorce from her husband, Lemarr Carver, a criminal defense attorney who practiced in Salem and other parts of Oregon.  Ms. Borde reported that her daughter had left her residence in Millersburg, Oregon the day before (Sunday, November 4, 2018) at approximately 4:30 p.m.

The Linn County Sheriff’s Office then contacted Tricia Carver’s best friend Jessica Bauer.  Ms. Bauer told them that she had seen Tricia Carver on the afternoon November 4, 2018.  At that time Tricia Carver told her that she had plans to meet her estranged husband, Lemarr Carver for dinner that evening and that she was considering reconciling with him.

Ms. Bauer described Lemarr Carver as being emotionally abusive and very controlling of Tricia Carver during their marriage.

The Linn County Sheriff’s Office then asked Hillsboro Police Department to attempt to make contact with Lemarr Carver at his residence in Hillsboro.  When a Hillsboro Police officer went to Lemarr Carver’s residence nobody was home.  However, the officer did locate a report from Tigard Police Department from earlier that day (November 5, 2018) where Lemarr Carver was brought to the ER due to a reported anxiety attack because he was “worried” about his estranged wife who was “missing.”

It should be noted that, despite this claim of concern, Lemarr Carver never made a report to any law enforcement agency regarding his wife’s disappearance.

At 2:30 a.m. on November 6, 2018, Tricia Carver’s vehicle was located in the parking lot of the Elmer’s restaurant near the Woodburn Outlet mall, approximately five miles from where the body was found.[1]

Law Enforcement officials made multiple attempts throughout the day on November 6, 2018 to locate Lemarr Carver, both in person and over the phone, all of which were unsuccessful.

The following morning, November 7, 2018 at 8:22 a.m., Lemarr Carver called investigators and stated, “I hear you have some information for me.”  Investigators wanted to speak to him in person, so they offered to come to him.  Lemarr Carver refused but said that he would come to the Marion County Sheriff’s Office at 3:00 p.m. that day.  During the call Lemarr Carver sounded flustered and he was talking quickly and excitedly; his voice was shaking.

Throughout the day on November 7, 2018 the investigation continued as police awaited Lemarr Carver’s arrival to the 3:00 p.m. appointment.

That investigation included getting Lemarr Carver’s phone records which showed phone calls to a Les Schwab in Woodburn, Oregon on November 5, 2018.[3]  Investigators contacted employees at the Les Schwab and learned that a woman named Elizabeth Ramirez (Lemarr Carver’s girlfriend) had dropped off Lemarr Carver’s burgundy Hyundai Genesis shortly after 8:00 a.m. on November 5, 2018.  Ms. Ramirez wanted new tires put on the car, wanted to pay in cash, and wanted to have the transaction put under her name.

When the Les Schwab employees noticed that the tires on Lemarr Carver’s car were essentially brand new, they contacted Lemarr Carver to tell him that the purchase was unnecessary.  Despite this fact, Lemarr Carver insisted that he wanted the tires replaced and told them to “get rid of” the ones on the car.  At 11:16 a.m. that morning, Lemarr Carver picked up his car from Les Schwab and paid $1,098 cash for the new tires.

“Pastor Chris” told investigators that he offered to pray with Lemarr Carver, asking him if he wanted to get “right with God,” and that the two of them prayed together and then   hugged.  After the hug, “Pastor Chris” explained there was a dramatic change in Lemarr Carver’s demeanor as Lemarr Carver firmly told him that he (“Pastor Chris”) needed to leave.

Lemarr Carver never showed up for his 3:00 meeting at the Marion County Sheriff’s Office that afternoon.  As a result, investigators began writing a search warrant for Lemarr Carver’s residence while others traveled north to Hillsboro to locate him.

At 9:10 p.m. on November 7, 2018, a search warrant was granted authorizing law enforcement to enter and search Lemarr Carver’s residence.  A tactical team with the Washington County Sheriff’s Office made initial entry and found Lemarr Carver deceased just inside the entrance to his home.  Lemarr Carver’s body was laying on the ground and a Glock 9mm semi-automatic handgun was found near his left hand.  There was a single gunshot wound to his left temple and a 9 mm casing located in his clothing.  A bullet fragment was found lodged in the wall on the opposite side of the room.  Lemarr Carver was dressed in a suit, tie and dress shoes.  The residence was otherwise undisturbed and there was no sign of any forced entry other than the entry made by law enforcement.