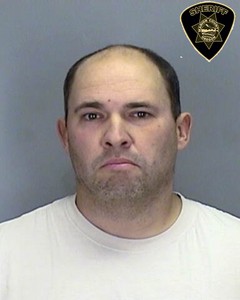 At the end of July 2019, the Marion County Sheriff’s Office and the Woodburn Police Department received a tip regarding a video circulating on Instagram alleged to be of a Woodburn High School teacher engaged in an intimate act. During the investigation that followed, detectives discovered evidence the teacher had been messaging at least one student from the school using Snapchat, a social media app, which led to an intimate relationship with the underage student.

Nicholas Federico, a 38-year-old Salem man, was taken into custody at Woodburn High School earlier today and is facing the following charges: Sex Abuse II X 4, Online Sexual Corruption of a Child II, Official Misconduct I X 4. Federico teaches physical education and is the head football coach at the school. He has worked for the Woodburn School District since 2011.

Detectives are encouraging any potential victims or people with information which may be helpful to the investigation to call our tip line at 503-540-8079.

The Marion County Sheriff’s Office is being assisted by the Woodburn Police Department and the Marion County District Attorney’s Office. This is an open and active investigation; no additional information is available for release at this time.