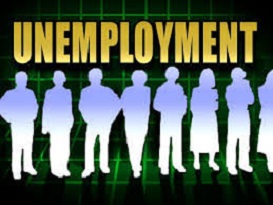 Other measures of Oregon’s labor force also indicated a tight labor market in recent months. Fewer individuals are remaining unemployed for extended periods: The number of individuals unemployed for 52 weeks or more dropped to 6,000 in October, which was the lowest level in a dozen years and well below the peak of 70,000 in 2010. The number of unemployed who lost their job has remained close to 32,000 for the past three years, which was less than one-quarter of those unemployed due to a job loss in 2009. Meanwhile, the number of people who were unemployed due to leaving their job voluntarily has recently risen above 16,000, up from an average of 12,000 during the prior six calendar years. The increase in the number of people leaving their jobs voluntarily could indicate increasing confidence among workers of being able to easily find another job if they quit their current job.

Oregon’s nonfarm payroll employment rose by 4,400 jobs in October, following an upwardly revised gain of 3,300 jobs in September. Gains in October were concentrated in leisure and hospitality (+2,400 jobs), government (+2,300), and wholesale trade (+1,000). These monthly gains were partially offset by job losses of 700 each in construction and health care and social assistance, and a loss of 900 jobs in retail trade.

In addition to the strong monthly gains in September and October, quarterly revisions boosted the level of reported employment by 6,400 jobs for June and subsequent months.

All numbers in the above narrative are seasonally adjusted.

The PDF version of the news release, including tables and graphs, can be found at www.QualityInfo.org/press-release. To obtain the data in other formats such as in Excel, visit www.QualityInfo.org, then within the top banner, select Economic Data, then choose LAUS or CES. To request the press release as a Word document, contact the person shown at the top of this press release.