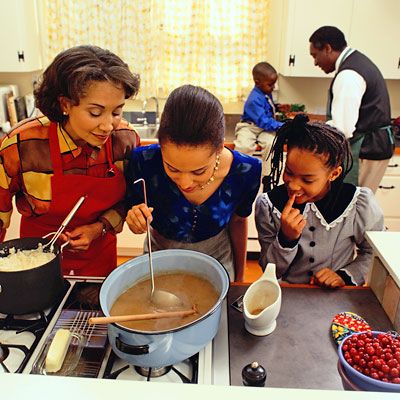 On average, there are 533 cooking-caused residential structure fires in Oregon per year.

Statewide the range/stove was the most frequently reported equipment involved in cooking fires. Of these, 73 percent were from an electric-powered range/stove.
All told, there were 10 deaths in Oregon from residential cooking fires during the past five years, or an average of two deaths per year.

• Don’t leave cooking food on your stovetop unattended, especially when frying and sautéing with oil.
• While your turkey is cooking, check on it frequently.
• Use a timer to monitor cooking times when simmering, baking, or roasting foods that require long cooking times. Check the stove or oven frequently.
• Remember to keep items that may catch fire, like oven mitts, wooden utensils, food wrappers, and towels, at least three feet from the cooking area.
• Roll up your shirt sleeves and avoid using clothing that may come in contact with open flames or other heat sources.
• Don’t cook if you are drinking alcohol or using other substances that make you drowsy.
• Keep children three feet or more away from all cooking areas, hot food, and liquids to avoid burns.
• Keep pot and pan handles turned inward on the stove to avoid bumping them and spilling hot foods.
• Heat cooking oil slowly and never leave it unattended.

If you have a cooking fire:

• Always keep a lid nearby to smother small grease fires. Smother the flames by carefully sliding the lid over the pan. Turn off the burner and don’t move the pan until it is completely cool.
• Never pour water on a grease fire; it can splatter the grease and spread the fire.
• In the event of a fire in your oven or microwave, turn the appliance off and keep the doors closed.
• When in doubt, get out! Call 9-1-1 after you leave.

Make sure you have smoke alarms on every level of your home, outside each sleeping area, and in every bedroom. Test smoke alarms monthly and replace them if they are 10 years old or older.