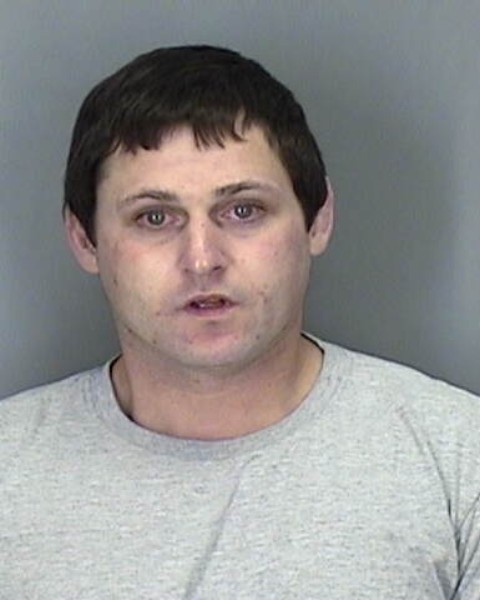 On Saturday, November 23rd, 2019, Salem Investigators arrested Bryon Allen Kezer, a 31 yr old Yamhill County resident, after receiving reports of numerous burglaries to newly finished homes in the area of Kale Street NE and Cordon Rd NE. Between November 19th and 22nd, 2019, eight newly finished homes were reported to have been burglarized. During this period, (3) refrigerators, (3) microwaves, (3) water heaters, (5) dishwashers, (1) stove, flooring, and various tools were reported to have been stolen from numerous homes and job sites. On Friday, November 22nd, 2019 Detective Corporal Stuart Gamble and Detective Scott Emmons began an investigation into the burglaries, using various investigative tools and techniques, to identify a suspect. Within 12 hours of beginning the investigation, another home was burglarized, and a dishwasher was stolen. Detectives with the Salem Police Department’s Property Crime Unit were able to identify an address in the 400 block of Briar Ct. NE where the stolen dishwasher was believed to have been taken. Investigators responded to that address and located the recently stolen dishwasher, along with other appliances stolen in the previous burglaries. While at the residence, Bryon Allen Kezer arrived and was identified as the suspect and taken into custody. In the van he was driving, investigators located a furniture dolly, along with other evidentiary items which linked Kezer with the various burglary scenes. Also located within the van was a small amount of methamphetamine.

In addition, two storage units in the Salem area were identified and searched. Additional stolen property was discovered during the search of the units. Kezer was arrested and lodged at the Marion County Jail on (9) counts of Burglary in the Second Degree, (9) counts of Theft 1, Attempted Burglary II, Unlawful Possession of Methamphetamine. Kezer was on Parole for Robbery II out of Yamhill county at the time of his arrest. All stolen property was seized, and Salem investigators are in the process of returning the property to the construction company. Detectives continue to follow-up.