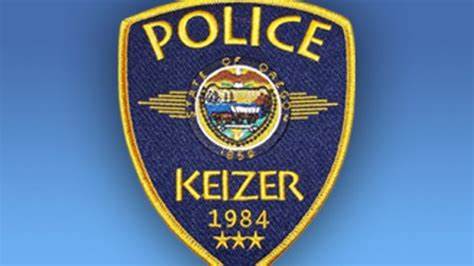 In the afternoon of December 9, 2019, Keizer police responded to a burglary that occurred at a residence in the 4300 block of Shoreline Drive North. After speaking with the homeowner, officers and detectives were able to establish that while the residents were away, two male juveniles were recorded on the home’s surveillance system entering the home through a pet door at the back of the house. Once inside, the two juvenile suspects spent several minutes stealing numerous items, including a handgun, multiple cell phones, and an expensive watch.

Pictures created from the home’s surveillance system were posted on social media by the victim. Someone viewing that social media post recognized one of the boys and officers were able to contact him at his home, which was close by the victim’s residence, after 8:00 P.M., the same evening. Detectives recovered some of the stolen property in the boy’s backpack. Two days later, further investigation led investigators to the second suspect, who lives nearby the first suspect. Additional stolen items were recovered from the second suspect’s residence. All the stolen items were recovered and returned to the owner.

The boys, aged 12 and 16, were taken to the Marion County Juvenile Detention, both charged with burglary 1.