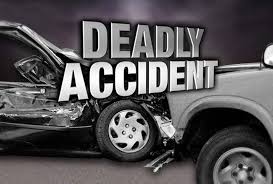 On Saturday, February 1, 2020 at approximately 8:00 A.M., Oregon State Police Troopers and emergency personnel responded to a two vehicle crash on Interstate 5 northbound near milepost 251.
Preliminary investigation revealed that a Chevrolet Silverado pickup, operated by Eduardo Mendoza (29) of Salem, was traveling northbound on I5 when for unknown reasons the Silverado left the travel lane and struck a Chevrolet S-10 pickup, operated by David Thaler (67) of Lebanon, that was travelling slowly on the shoulder. The impact sent both vehicles off the roadway and onto the grass shoulder.

Thaler sustained fatal injuries and was pronounced deceased at the scene.

Mendoza was not injured.

One lane of I5 northbound was closed for approximately six hours.