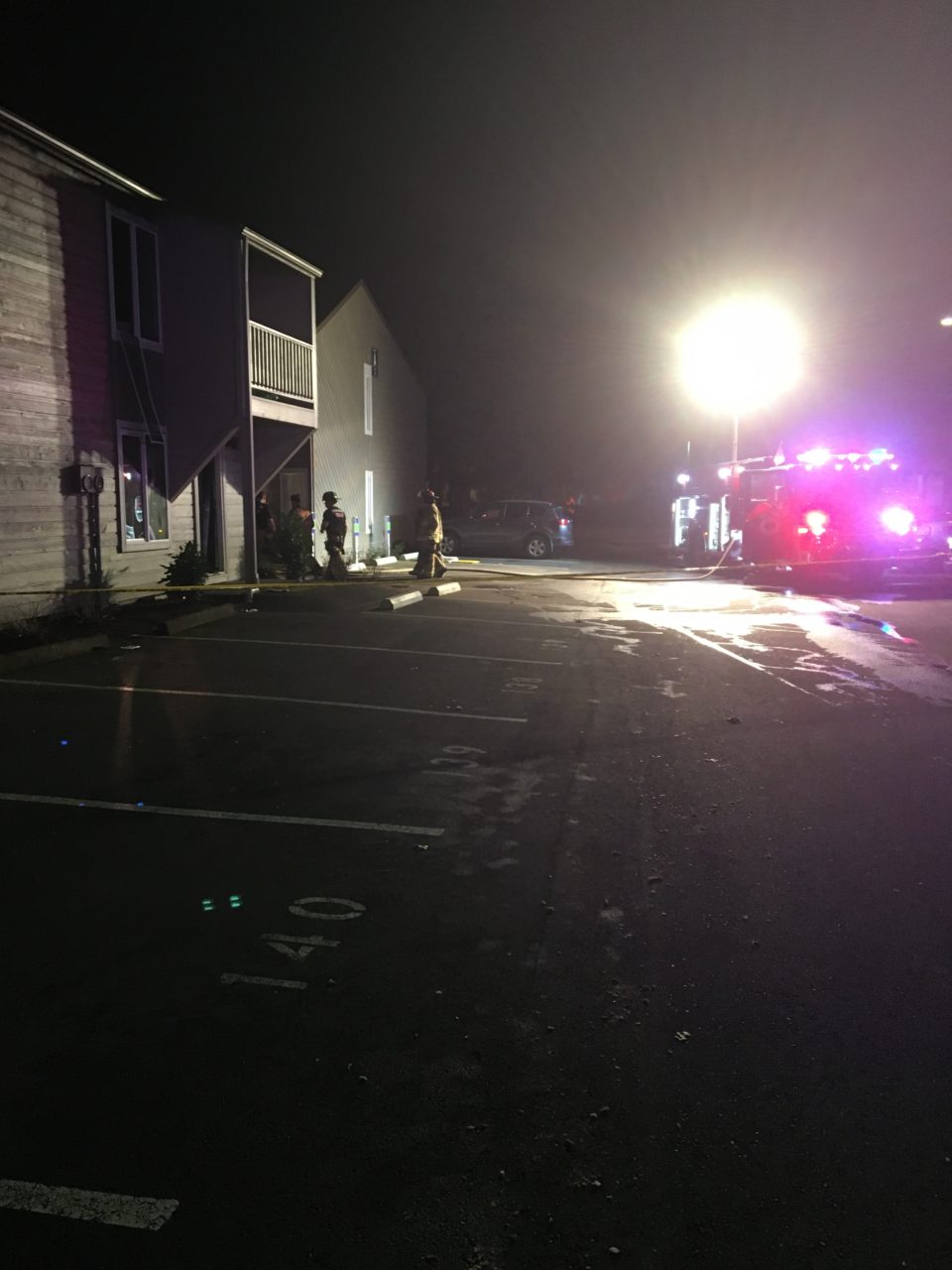 Yesterday at 4:35 PM Marion County Fire District#1 (MCFD1) was dispatched to report of an apartment fire at 2500 Lancaster Drive NE in Salem.

Initial crews arrived and reported heavy smoke and fire in a two story apartment building with four units.  Fire was extending to two floors and into the attic. A second alarm was called to bring additional resources to assist. Crews made an aggressive attack on the fire while beginning to search each apartment for occupants.

One occupant located in a ground floor apartment was rescued by firefighters. The occupant was unconscious and was transported to Salem Hospital and remains there in critical condition. The name of the occupant will not be released at this time. The remainder of the apartments had been evacuated prior to arrival of the fire department and no other occupants were located by crews assigned to search.

The fire severely damaged the apartment building and nine occupants of the four apartments were displaced. Red Cross is on scene assisting.

Fire Investigators were on scene this afternoon and evening and will return to do follow up investigation tomorrow. The fire remains under investigation and there is no cause determined at this time.

Other than the one occupant who was rescued there were no additional injuries to the public or to Firefighters.