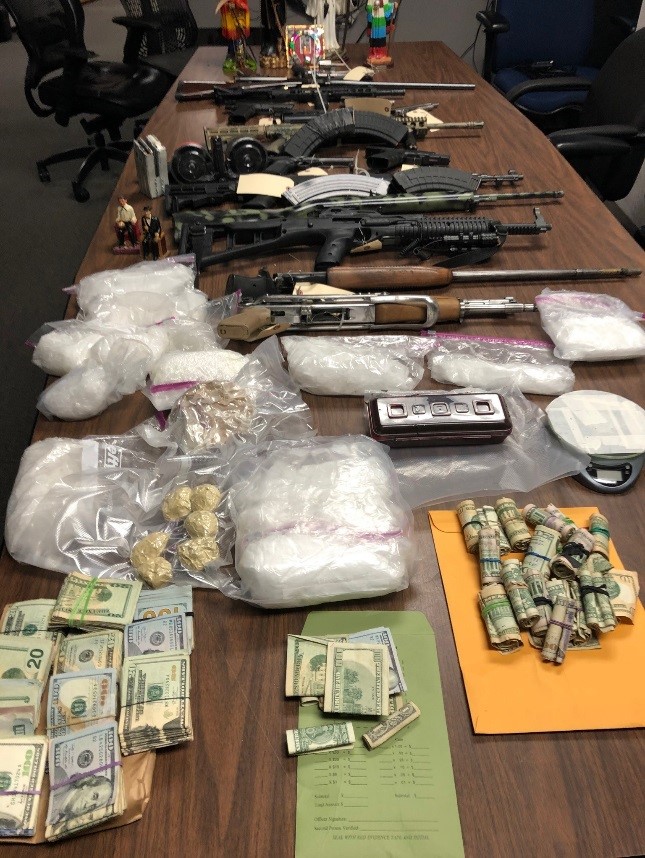 2019 was a busy year for the Salem Police Department’s Street Crimes Unit. With the primary duty of reducing street level drug sales, the team of one sergeant and seven officers made great strides in decreasing criminal activity related to the use and distribution of illicit drugs in our community. In November 2019, the Street Crimes Unit was recognized by the United States Attorney for the Oregon District, Billy Williams, for the teams’ dedication and commitment to their mission. “

“These drug-related issues negatively impact the community and create a sense of fear and victimization within our area,” said Lieutenant Debbie Aguilar of the Investigations Division who supervises the unit. “With our ability to develop solid cases on individuals who chose to operate in our community, the Marion County District Attorney’s Office, alongside our federal partners with the United States Attorney’s Office District of Oregon, have worked aggressively to pursue state or federal prosecution for cases involving dangerous career criminals.”

Explained Aguilar, “Many of these investigations were long-term taking weeks, sometimes months of intense investigation to establish a prosecutable case.” The work the Street Crimes Unit was involved in resulted in 650 arrests on crimes ranging from Delivery of a Controlled Substance to felon in possession of a weapon.

Investigations are routinely initiated with information provided by concerned citizens. The department has several methods for community members to submit tips about suspected drug activity. “Whether the tips are provided through the hotline or online, in 2019 our detectives investigated 72 drug activity complaints,” added Aguilar.

In addition to investigating criminal activity related to the distribution of narcotics, Lt. Aguilar noted the Street Crimes Unit also works as a dangerous fugitive apprehension team. The team seeks out those who have active warrants for arrest, as well as those who are wanted in connection with dangerous crimes. “The members of the Street Crimes Unit have become very successful at locating those who are attempting to evade capture and arrest in the Salem area.”

For more information about reporting suspected drug activity, visit the Salem Police page on the City of Salem website.