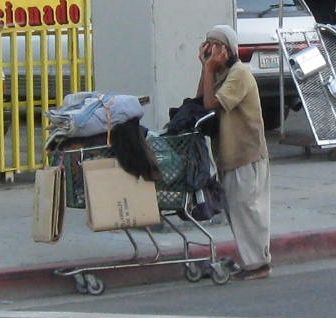 As proposed, the new rules would go into effect when a space is available for unsheltered people to visit during the daytime hours and when more public restrooms are made available downtown.

Salem City Council heard almost three hours of public comment on impacts and behaviors of unsheltered people in the downtown at their February 24 meeting. Some concerns were expressed about the needs of unsheltered people seeking refuge in large groups under the awnings of downtown businesses. Others spoke about the trash and human waste left on sidewalks by these large groups, and the impact on the downtown sense of safety.

Later in the meeting, the Council discussed sidewalk use rules. As part of their discussion, City Council asked staff to include conditions for new rules to take effect. They instructed City staff to prepare a draft ordinance for the March 9 Council meeting that would not be linked to the crime prevention districts, so that a violation would not subject a person to an exclusion order.

Staff will also report on the availability of sheltered outdoor or indoor day space available during hours sidewalk rules are in effect, that would include secure toilet facilities.

In addition, within 30 days of passing the ordinance, city staff would provide a plan for downtown public restrooms that are feasible to maintain.

Councilor Cara Kaser, whose Ward 1 includes the downtown area most heavily impacted by the current situation, said trying to find a viable solution has weighed heavily on the minds of all councilors.

“These are very tough decisions and we do not come to them lightly,” she said at the February 24 meeting.

She stressed the importance of laws that protect everyone’s rights.

“This ordinance and the conditions described that need to be implemented before it takes effect will properly achieve the balance between maintaining the rights of everyone to use the shared public spaces and maintaining everyone’s rights to have healthy and safe public spaces,” Kaser said.

City Manager Steve Powers said City staff has already been working on efforts that would respond to the required conditions and will report on those efforts at the March 9 meeting.