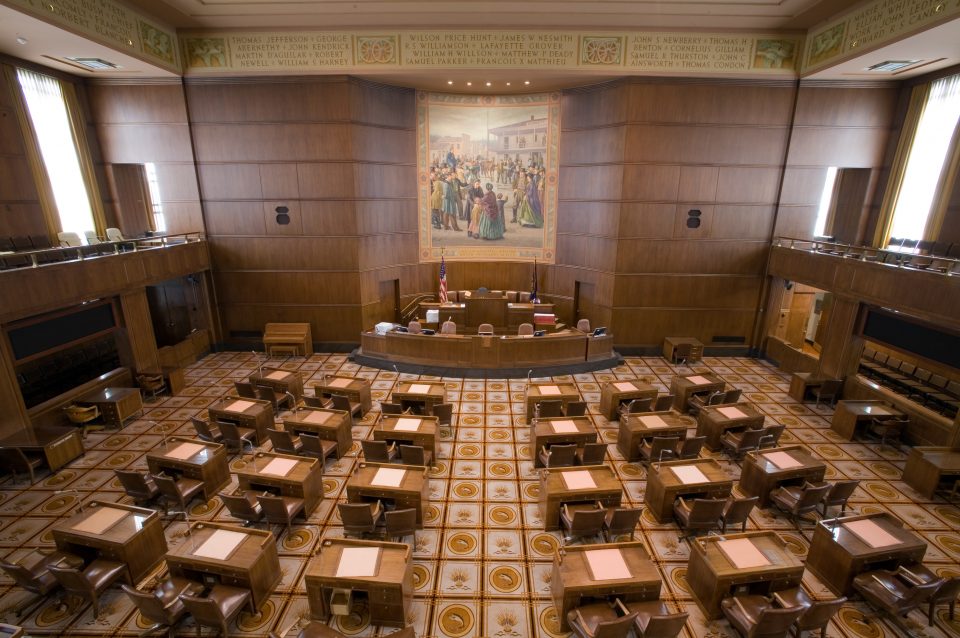 Nearly two weeks after their walkout protest began, and three days after Democratic leadership unofficially ended the 2020 legislative session, a majority of the Senate Republican caucus strode onto the Senate floor.

An Article in the Statesman Journal said the last time this many Republican senators were in the Capitol was Feb. 24. After Senate Bill 1530 — the greenhouse gas emissions cap-and-trade bill at the heart of their walkout — was voted out of committee that morning, they decamped for parts unknown, shutting down the legislative process.

Back in the chamber, they quickly took their seats, bantering back and forth, writing messages on Facebook and looking through paperwork as staff bopped about taking photos.

After a few minutes, Senate Republican Leader Herman Baertschiger Jr., R-Grants Pass, announced that a quorum was not present, and they should return to their offices.

But not before the nine present senators took to the front of the chamber for a group photo.

Senate Republicans announced Friday they would be back, ready to pass budget bills, which were still in the House of Representatives and could not be passed by the Senate on Sunday.

There was never any chance Senate President Peter Courtney, D-Salem, would call a floor session Sunday. On Thursday, he and House Speaker Tina Kotek, D-Portland, adjourned their chambers with no intention of returning because the walkout had made it impossible to pass bills in a “democratic and transparent fashion.”

The constitutional end of session is 11:59 p.m. Sunday.