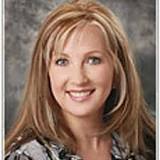 Senator Thatcher submitted her official paperwork Tuesday to run in the Republican primary for Secretary of State with the State Elections Division.  Tuesday was the deadline for candidates to file to run in the May 19th Oregon Primary Election. Thatcher announced her candidacy for Secretary of State during the Timber Unity Rally on the Capitol Steps February 6th. During the rally, volunteers gathered nearly 850 signatures (500 required) to assist the Senator in getting her voters’ pamphlet statement published without having to pay the usual $3,000 fee.
Senator Thatcher was first elected to the legislature in 2004 and served in the House of Representatives from 2005 to 2014. She has been a member of the Senate since 2015. Thatcher started her road construction related businesses around 28 years ago.