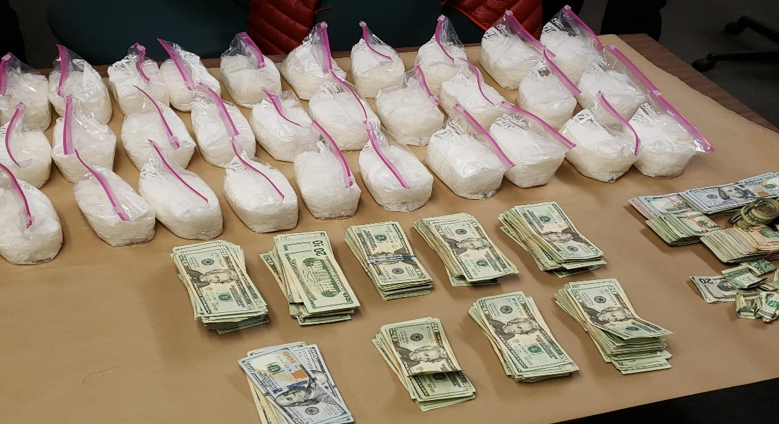 On Thursday, March 19, 2020, the Salem Police Department Street Crimes Unit, with the assistance of local federal partners from the FBI and DEA, served search warrants on multiple residences within the Salem area. The search warrant service resulted in the seizure of a large amount of methamphetamine, a firearm, and US currency.

The search warrants were the result of a lengthy investigation by the Street Crimes Unit into the distribution of drugs within the Salem community. Maria Gallegos-Mendoza, a 45-year-old Salem resident, was arrested as a result of the investigation.

During the search warrant service, approximately 31 pounds of methamphetamine and $50,000 in US currency were seized. A firearm was also seized from one of the locations. The street value of the drug seizure is estimated to be approximately $75,000.