Pickup Crashes into House in Keizer 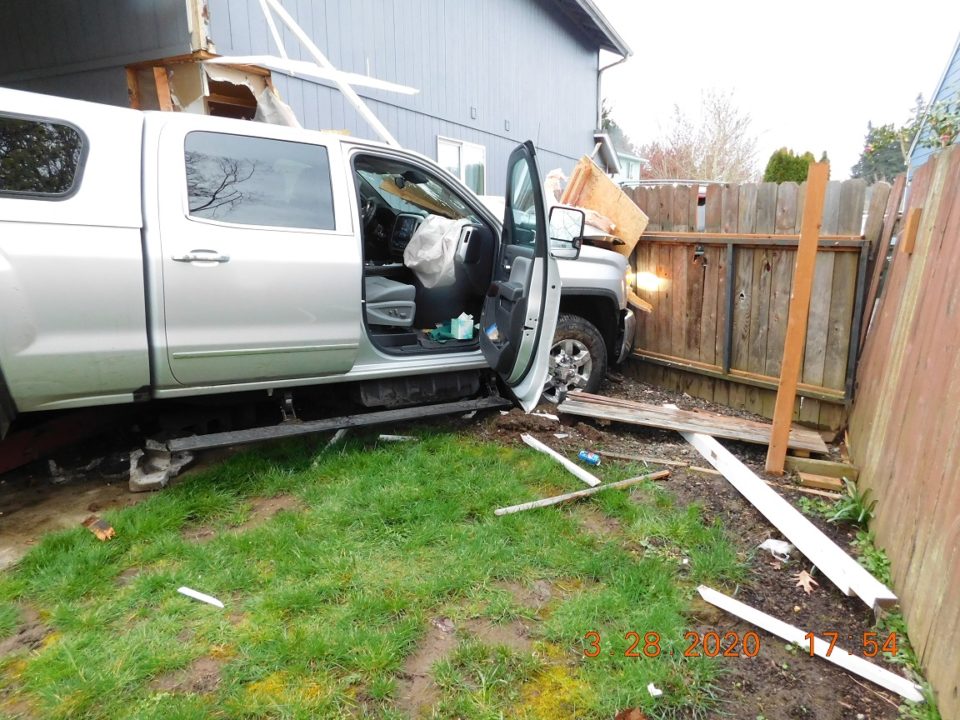 On March 28, 2020, at around 6:40 p.m., Keizer Police officers were dispatched to the 5100 block of Courtlyn Street NE to several reports that a motor vehicle had crashed into a residence.

Subsequent investigation indicated a GMC pickup, which was being operated by James Johnson, had been traveling west on Chemawa Road NE when it left the roadway and collided with a utility pole. That initial impact sheared the pole off at the ground. Following this impact, the GMC crossed the oncoming lane, left the roadway, drove through a fence, through the corner of a house, through a second fence, before ultimately colliding with a parked car, where it stopped. No one was injured in the incident.

Based upon the investigation at the scene, Mr. Johnson was arrested for the listed charge, processed, and released.