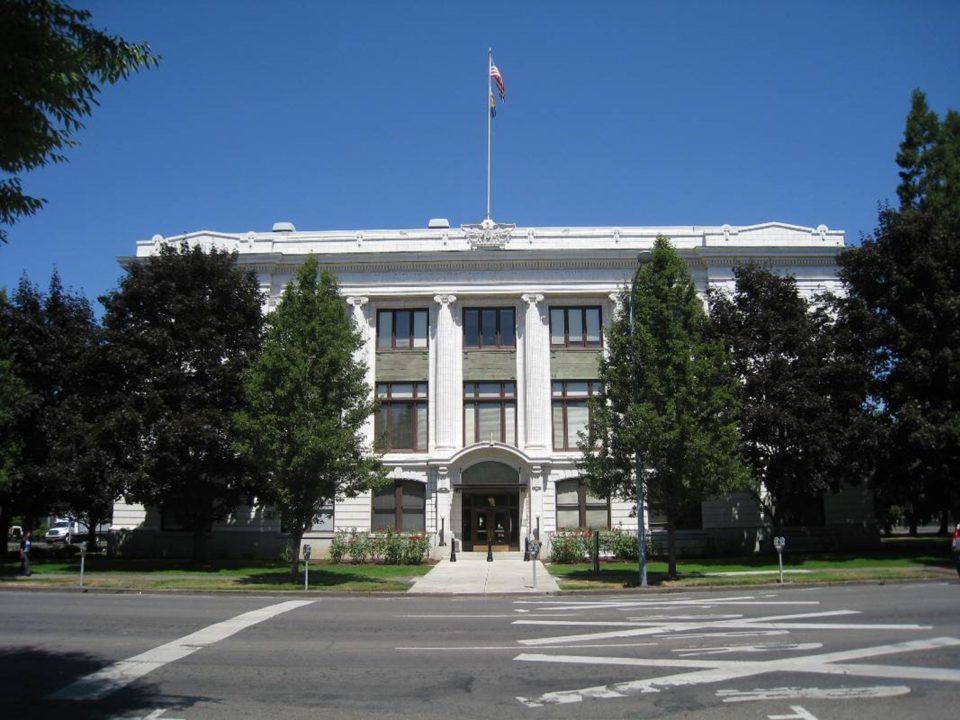 Constructed in 1914, the building was spared from the devastating capitol fire of 1935. This was the first building constructed solely for state Supreme Court matters in Oregon. Prior, the judicial department operated out of the 1876 State House, along with all branches of government. The building embodies the Supreme Court’s role in the development of Oregon’s provisional government, statehood and establishment of its capital.

William C. Knighton, Oregon’s first and only State Architect, designed the building in the Beaux Arts style, characterized by the classical architectural detailing such as the Ionic columns, symmetry, and marble floors. It is considered Knighton’s finest representation of the Beaux Arts and is one of his most recognizable works. In addition, the building garnered recognition beyond Oregon’s borders. In 1915, the governing body of the Panama-Pacific International Exposition presented a bronze placard to the State of Oregon to commemorate the dedication of the building.

The Supreme Court and Library Building is the 67th listed property in the City of Salem and the first listing since the Lord and Schryver House and Garden in December 2014.

Properties listed in the National Register are:

• Recognized as significant to the nation, state, or community;
• Considered in the planning of federal or federally assisted projects;
• Eligible for federal and state tax benefits;
• Qualify for historic preservation grants when funds are available;
• Eligible for leniency in meeting certain building code requirements;
• Subject to local laws pertaining to the conservation and protection of historic resources.

National Register listing does not place any restrictions on a property at the state or federal level, unless property owners choose to participate in tax benefit or grant programs.