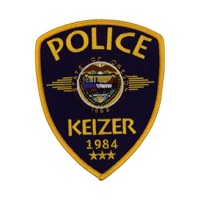 On April 8th, 2020, at about 12:18 a.m., Keizer Police officers were dispatched to NW Tech Solutions, at 131 Menlo Dr. N., for a reported burglary that just occurred. Two suspects were observed; the first described as a tall, white male adult in his thirties, with a thin build, and the second described as having a thin build. A vehicle associated with the two was described as a gray, two-door sedan. Responding officers were unable to locate the car or the suspects in the area. The owner of the business determined several laptops were stolen during the burglary. Anyone with information about the burglary is asked to call Detective RJ Farrens at 503 390 3713.