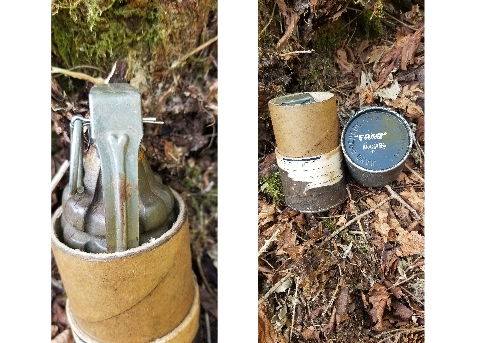 The complainant told deputies she and her husband were going through old boxes belonging to her now deceased father when they found what appeared to be an intact and live hand grenade.

Deputies responded to the residence and evaluated the device. Deputies confirmed the device was an original World War II era, MKIIA1 fragmentation grenade. The grenade was fully intact and appeared to be packaged in its original container.

The Lincoln County Sheriff’s Office would like to thank the Oregon State Police Bomb Squad for their assistance.