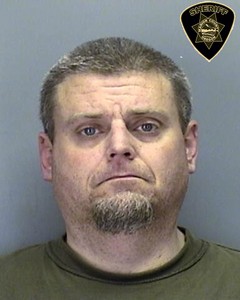 On May 5th, 2020, at approximately 10:00 am, deputies from the Marion County Sheriff’s Office went to a rural property located in the 11800 block of Silverton Road NE to serve a court order related to an ongoing investigation. The property, just west of Silverton, has been the scene of numerous police and fire calls for service during the last year. Prior calls for service have included suspicious activity, thefts, trespassing, assault, stolen vehicles, warrant arrests, and countless reported code violations. The most recent event, a large fire on Thursday, April 30th, resulted in a barn, travel trailer, and multiple vehicles being destroyed.

Yesterday, when deputies attempted to make contact at the home there were multiple people inside of the residence who would not come outside, preventing the order from being served. Due to the extensive history of law enforcement responses to the property, the Sheriff’s Office SWAT Team was called in to assist with safely securing the buildings on the property.

Negotiators from SWAT were able to make phone contact with someone inside of the residence, successfully getting the first two people to come out of the building just after 11:00 am. Approximately 3 hours later another male finally exited the residence. Silverton Road was closed to traffic for approximately 1 ½ hours Tuesday afternoon while the SWAT Team made entry into the buildings to ensure no others were left hiding inside. During the several hour operation two arrests were made and numerous people were contacted at the property.
Jonathan Younce, 39, was arrested for a Parole Violation warrant and lodged at Marion County Jail.

Rachel Vaneeten, 42, was cited and released for a probation violation warrant out of Washington County.

The Marion County Sheriff’s Office has an ongoing investigation involving unlawful activities and unsafe conditions at the property. We will be continuing to work with Marion County Office of Legal Counsel and other county departments to resolve community concerns.