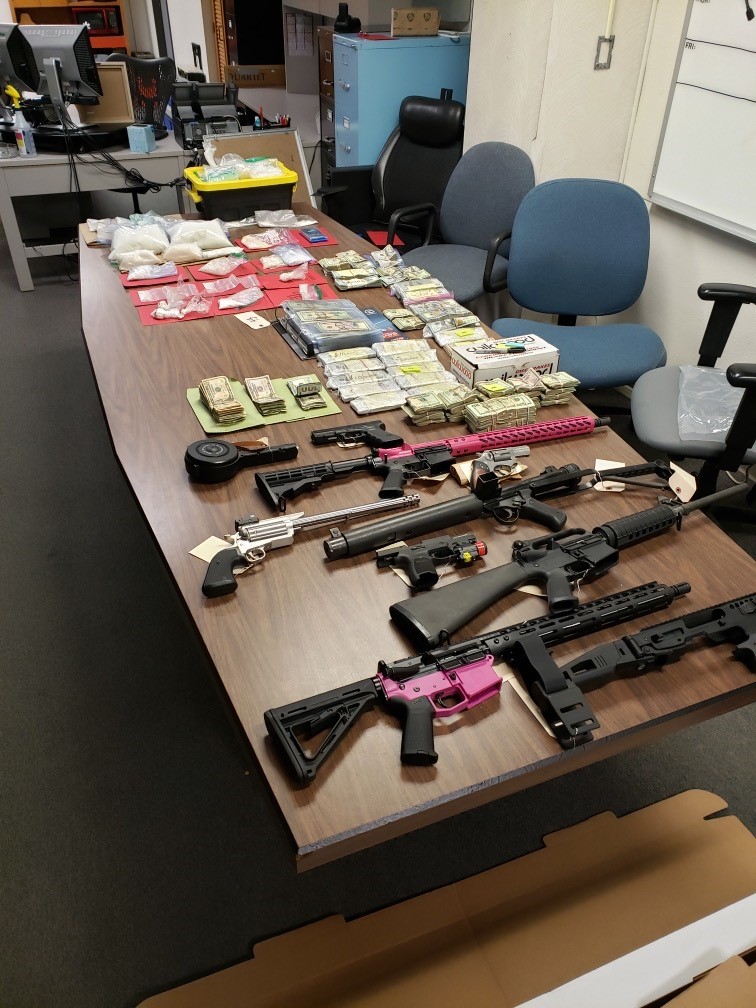 PORTLAND, Ore.—U.S. Attorney Billy J. Williams announced today that a Salem, Oregon man faces federal drug and firearm charges after large quantities of methamphetamine, eight firearms, and approximately $400,000 in cash were found in his residence and nearby storage locker.

According to court documents, the Salem Police Department Street Crimes Unit (SCU) began investigating McGuire in April 2020 after they learned he was distributing large quantities of methamphetamine throughout the Salem area. On May 7, 2020, SCU investigators applied for and obtained warrants to search McGuire’s home, vehicle, and storage locker. SCU investigators, working in cooperation with the FBI, executed the warrants the same day.

In McGuire’s storage locker, investigators found more than seven pounds of methamphetamine, a Sig Sauer handgun, digital scales, and drug packaging material. In his home, they found an additional 395 grams of methamphetamine, seven firearms, and approximately $400,000 in cash. McGuire was arrested at his residence without incident.

McGuire made his first appearance in federal court today and was ordered detained pending a follow-up hearing on May 11, 2020. If convicted, McGuire faces a maximum sentence of life in federal prison with a 10-year mandatory minimum, five years’ supervised release, and a $10 million fine.

A criminal complaint is only an accusation of a crime, and a defendant is presumed innocent unless and until proven guilty.

This case was investigated by the Salem Police Department Street Crimes Unit with assistance from the FBI and is being prosecuted by the Ashley Cadotte, Assistant U.S. Attorney for the District of Oregon.