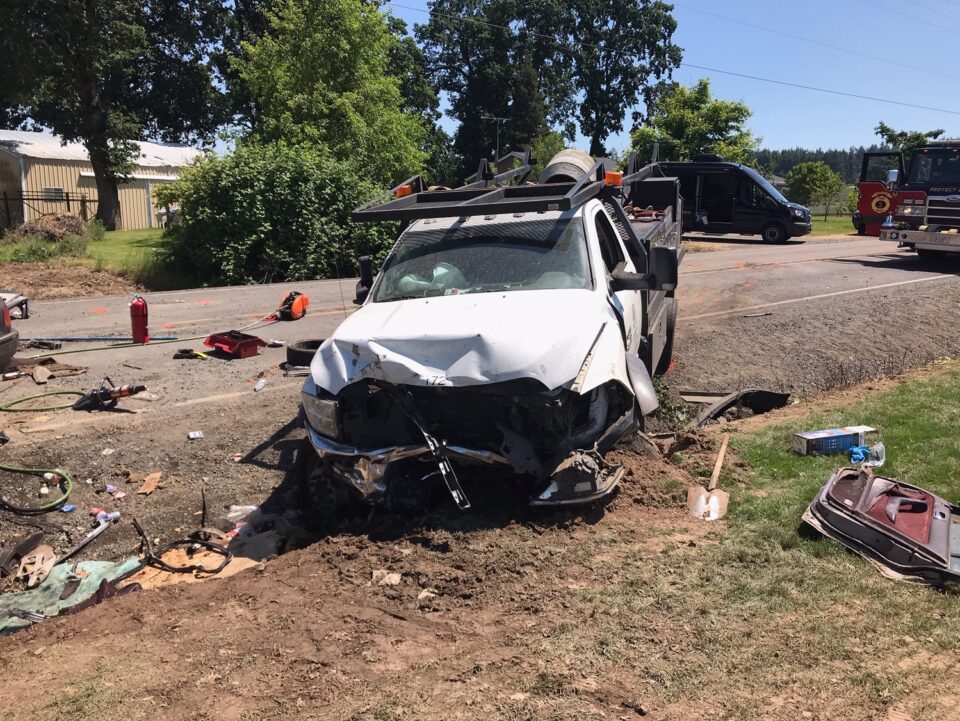 On June 1st, 2020, at about 7:40 am, a 911 call was received reporting a serious motor vehicle crash on Howell Prairie Road NE, just north of State Street. The crash involved two vehicles, a 1992 Honda Accord and a 2016 Ram 4500 work truck, which collided head on. At the time of the crash, the Honda had three people inside, two adults and one infant. The 2016 Ram was only occupied by the driver.

When emergency crews arrived at the scene the Honda was on fire. Firefighters from Marion County Fire District # 1 were able to extinguish the vehicle fire. The two adults in the Honda, Kelly Byrd, 33, and Joseph Dominick, 41, died at the scene of the crash. Byrd’s one year-old daughter was transported from the scene by medics, but later died as a result of her injuries as well. The driver of the 2016 Ram, Mark Kuenzi, 43, sustained only minor injuries during the crash.

The Marion County multi-agency Crash Team was called to the scene to investigate the crash. Investigators determined Byrd had been driving the Honda southbound on Howell Prairie Road when she crossed into the oncoming lane of travel, striking the 2016 Ram. Deputies have not determined why the Honda went into the oncoming lane; driver impairment has not been rule out as being a contributing factor to the crash.